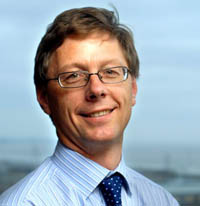 Dr. David Agnew was the Standards Director for the MSC until March 2018.

Will there be a new ‘Gold rush’ on krill?

There’s been a lot of talk lately about ‘What happens if the krill fishery suddenly grows out of control?’ What’s to stop a bunch of boats tooling up and charging down to the Antarctic and catching all of the krill?

People have been warning of a massive increase in the krill fishery since the 1990s and it still hasn’t happened for two very good reasons. Over the course of this blog, I want to explain the legal and scientific reasons why it won’t happen and also the economic reasons why this idea of krill suddenly getting huge fishing pressure is simply not plausible.

Why can’t krill fishing in the Southern Ocean expand?

The Commission for the Conservation of Antarctic Marine Living Resources, normally known as CCAMLR (‘Cam-Lar’) was set up in 1982 precisely to forestall the unregulated expansion of any fishery – for krill or fish – in the Southern Ocean. It is a legally-binding international convention between 25 countries to ensure the conservation of the Antarctic’s marine ecosystems. It counts amongst its members most of the large distant water fishing countries and almost all Antarctic Treaty parties, including all those fishing for krill – Chile, China, Japan, Korea and Norway. The Commission doesn’t prevent fishing, provided it is carried out in a sustainable way. However, the central objective of the Convention is conservation whilst allowing rational use and it requires that the effects of fishing at other points in the ecosystem are taken into account and minimised.

CCAMLR could set a higher catch limit, above 620,000t but only if the CCAMLR parties agree to subdivide the catch between very small areas close to the coast and larger areas away from the coast, and only up to a total of 5.6 million tonnes – less than 10% of the 60.3 million tonnes of krill in the south Atlantic, leaving most of the krill for predators such as fish, birds and mammals to take.

David-blog-quote-2The reason for this subdivision is to limit the catch that can be taken close to penguin and seal breeding colonies. Even within the current 620,000t limit, the extent to which catch could be concentrated in one area is restricted because individual limits apply in each of 4 subareas – the South Shetland Islands, the South Orkney Islands, the South Georgia Island and the South Sandwich Islands. Under any subdivision associated with an increase in the catch limit beyond 620,000t, the majority of the catch would have to be caught further out at sea, away from predator colonies, where krill swarms are much less dense, and because of this, in practice it would be uneconomic for any vessel to fish in these open ocean areas. So it is likely that the catch limit will remain at 620,000t for some time.  Bear in mind, Area 48 is nearly three times the size of the EU. Catching krill in the open ocean is simply not economically viable, because they are too widely spaced in the open seas. This is the reality of why krill fishing is likely to be restricted to 620,000 tonnes, 1% of the biomass, for the foreseeable future.

CCAMLR closely regulates the catch of krill, using a combination of satellite monitoring and on-board observers. Intention to enter the fishery must be notified to the Commission 6 months in advance of the season. If the catch nears a regional limit the fishery will be closed. CCAMLR is acknowledged to be amongst the best international management systems in the world. An expansion of the fishery simply could not happen without it being closely controlled by CCAMLR within the scientifically calculated catch limits.

People sometimes ask me, what happens if a country or a company decides to send boats there illegally? Well, there are also some very practical and economic reasons why illegal krill fishing won’t suddenly take off. Firstly, getting a boat to the Antarctic is incredibly expensive. You need to have a good business plan to do it. After all, the krill fishery has been in action for decades. The largest catches were taken in the 1980s, 400,000t to 500,000t per year, mostly by the old USSR where fishing economics were very different from today. Since then, the catch has risen only very gradually from 100,000 t to 200,000 per year. If it was going to turn into a gold rush, it would have done so a long time ago.

Most illegal fishing is conducted on small catches of high value fish where the economics are very strong – tuna, for instance. IUU fishing on bulk catches such as krill is not unheard of, but most unlikely. Krill are incredibly difficult to catch intact: they are very delicate, and there is a very rapid-onset self-digestion process that starts as soon as they die. If you leave them in a pile on the deck, they will decompose within a few minutes.

So, as you can see, it isn’t just a matter of fitting new nets. To think that a whole fleet of ships could somehow re-tool and sail down there and catch lots of krill, is simply not plausible. The legal measures put in place by all of the CCAMLR convention countries and the sheer practicalities of making it happen, mean that krill is in very safe hands.