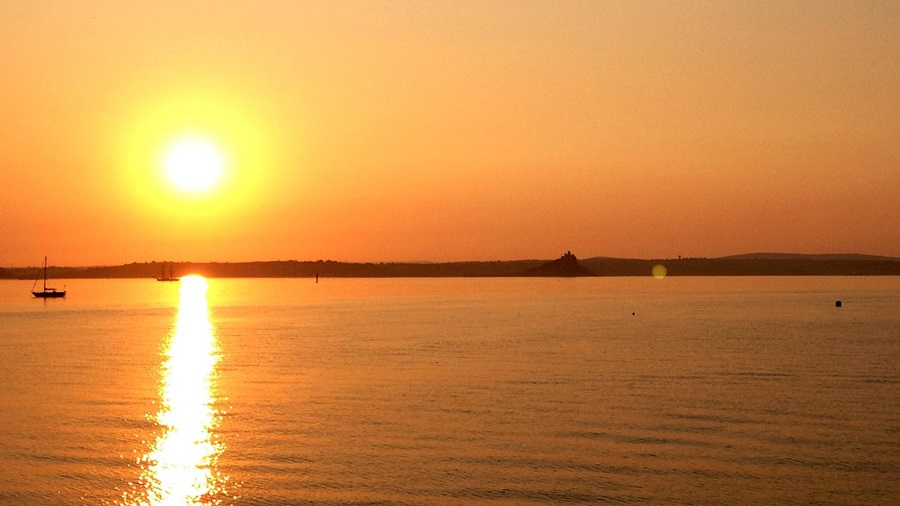 All-nighter. A phrase more commonly associated with parties, students frantically finishing off an essay and now, Cornish sardine fishermen. I recently caught up with Stefan Glisnki, skipper of the White Heather, fishing out of Newlyn in Cornwall for MSC Cornish sardines.

Meeting up with the crew at 8.30pm, I knew that by taking up the offer to spend a trip out 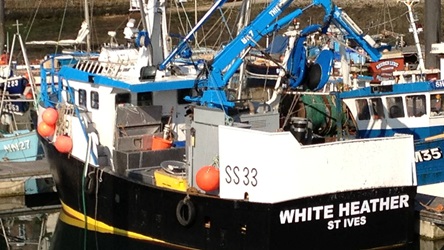 at sea fishing for sardines that I was in for a long night. I therefore came prepared with sugary and caffeine-laden snacks. For the sake of my pride, falling asleep was not an option! All set and ready to go, I jumped on board the White Heather, leaving the historic fishing port of Newlyn behind in the dusky distance. We were off looking for a good catch of Cornish sardines, a name protected by legislation and growing in popularity with consumers looking for a summer BBQ-based treat or simply to have on a Sunday evening on their toast. Although early in the season, the fishing had been steady with the vessel capable of catching over 20 tonnes of sardines in one evening fishing the waters of Mounts Bay.

The Cornish sardine fishery achieved MSC certification in 2010 as a sustainable and well-managed fishery. Following the recent publication of the fishery’s third surveillance audit in August 2013, developments in how this fishery operates have seen a continuing push to improve its performance to what is considered best practice within industry. The boats use ring nets which encircle a shoal of sardines and, with this fishing gear rarely coming in to contact with the seabed, avoid contact with potentially sensitive marine features. Fishing at night through the months of July through to January, sardines are found by the skipper using an echo-sounder [a device for detecting objects and the seabed by measuring the time taken for echoes to return to the listener]. The skippers of ring netting vessels are highly skilled at distinguishing the species by the echo-sounder shape and pattern. However, there are occasions when the fish can play tricks on the crew…

At around 10.30pm, shooting the fishing gear around what appeared to be a dense shoal of sardines, all the signs leading up to bringing the fish on-board were promising… The screech of the ever-keen seabirds circling overhead, the occasional 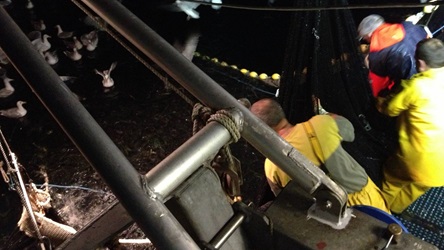 silvery flash of the sardine in the dark waters as the net was pulled closer to the side of the boat. But then, there was a look of despair from Stefan. The sardines witnessed on the echo–sounder were only a thin layer found on the fringes of the shoal. The main bulk of the shoal was found to be scad. Scad is a low-value non-target species which sardine fishermen avoid. Evasive action meant the fish were ‘slipped’ to live for another day. Slipping is where fishermen release fish from the net whilst still in the water as the catch is either too small or, in this case, not the correct species. With the ring net mesh being very fine in order to protect the fish, this mix of scad and sardine escaped back to the depths unharmed – much to the disappointment of the hungry gulls circling overhead. Slipping is a rare occurrence in the fishery as the target sardines are normally in plentiful supply in the bay, with over 95% of landings recorded as sardine.

The hunt for sardines continued late into the night with the first being brought on-board a little after 2.30am. No records set tonight, but as Stefan said, it was still early in the season and word on the radio was that many of the other sardine fishermen were encountering similar fishing conditions. That is the nature of fishing. Under the full moon, we steamed back towards Newlyn with the unmistakable signs of a new day dawning from the east as we steamed through the gaps into harbour. 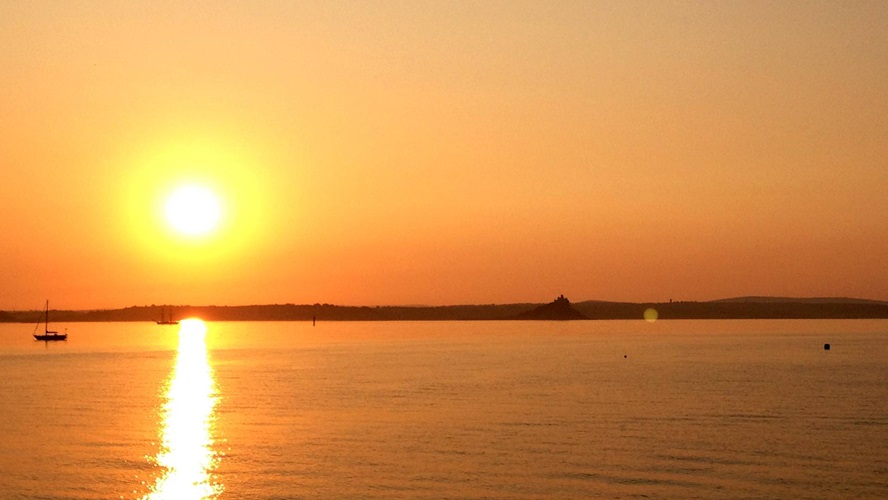 Tying up in Newlyn, the catch of Cornish sardines were landed directly to a waiting lorry to be shipped off for processing and out to supermarkets within a couple of days. While the crew washed down the White Heather, Stefan tidied up the last of the paperwork. This paperwork helps prove a fishery meets the requirements of the MSC standard for sustainable fishing by showing how the fishery operates. In the case of the Cornish sardine fishery, it continues to meet the MSC standard for sustainable fishing. Good news for shoppers keen for those BBQ’d sardines or sardines on toast!

I leave the crew of the White Heather at 6.00am, a time I’d normally be waking up in London along with many other commuters making the trip in to the city from the suburbs. Likely to be unaware of the previous evening’s action down in Cornwall, these commuters turned consumers can be thankful for the crews of the Cornish sardine fleet for actively demonstrating their sustainability credentials to ensure there will be sardines to be enjoyed for this and future generations.