How sustainable lobster is making an impact on Chinese New Year 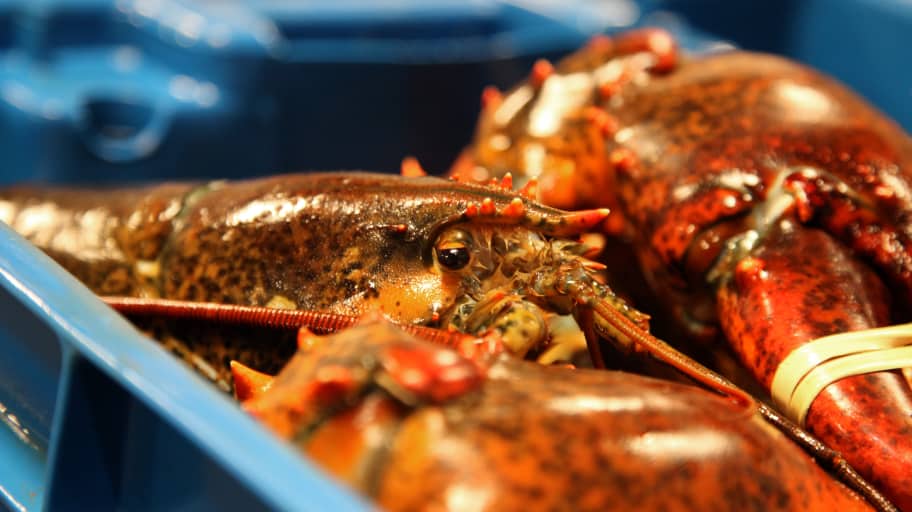 The Year of the Pig is upon us as Lunar New Year celebrations begin. It’s the longest holiday on the Chinese calendar and every year one animal in particular makes a star appearance: lobster.

In addition to parades, lion dances, and lanterns, food also plays an important role in New Year celebrations, and specific items are always included. Dumplings and spring rolls bring wealth, longevity noodles signify a long life, and fish symbolizes an increase in prosperity. But in China, where the color red is considered lucky, lobsters are appearing more and more, especially as part of New Year’s Eve family feasts.

Lobsters have become a popular item for New Year’s Eve family dinners for many reasons. Not only do they turn red when cooked, they also resemble dragons, which are heavily featured in New Year festivities. And in China, where lobsters are imported and more expensive than local seafood, they are considered a status symbol.

The lobsters arriving in China for New Year celebrations are shipped from halfway around the world from the Maine Coast in the northeast United States. Maine Coast, a live lobster wholesaler located in York, Maine, maintains year-round supply by working with lobstermen throughout the coasts of Maine and Atlantic Canada.

Lobsters arrive, usually by the truckload, and get sorted by size and shell quality. They’re then placed in crates that hold about 90 pounds of lobster and are returned to the water to await shipping.

Maine Coast sells lobster locally, nationally, and internationally. Much of the lobster sent abroad arrives in China and a significant portion of that happens during Chinese New Year.

As seafood exports to China have continued to increase, lobsters have gone from traveling abroad on freight planes to hitching a ride on commercial passenger flights.

In recent years, the demand for Homarus americanus was so high that Chinese buyers ordered three chartered planes full of lobster. The planes left from Halifax Airport in Canada, flew for about 19 hours, and landed in Zhengzhou, capital of the central province of Henan. After clearing customs, the lobsters were then distributed to their final destinations, including Shanghai and Beijing.

Consumers in Asia want fresh, safe, high quality seafood. To ensure all of these qualities, they want it to be traceable. And that’s where MSC can help open doors.

“MSC [certification] differentiates us from similar products,” Lyle Brown, Asian sales manager at Maine Coast, explained. Buyers in China and other parts of Asia “want a certified ‘green’ product and that’s what the MSC does.”

So, sometime between now and February 19th, celebrate the Year of the Pig by steaming a tasty, red, dragon-like, certified sustainable lobster.