A gillnet is a wall or curtain of netting that hangs in the water. The term covers several forms including stationary gillnets and trammel nets.

Gillnets generally have low environmental impacts with minimal seabed interaction. The size of fish caught can be determined by the mesh size, helping to avoid catching juvenile fish.

While particular species of fish can be targeted by area, gillnets do carry the risk of bycatch (accidental capture of unwanted species) and interaction with other marine animals.

In order to be MSC certified, gillnet fisheries are often required to make improvements, which include increased monitoring and independent observer coverage. Gear modifications have also been made and some fisheries use ‘pingers’: acoustic alarms attached to nets which deter marine mammals. 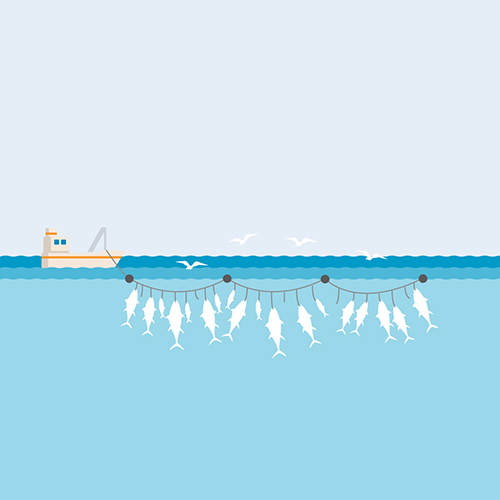 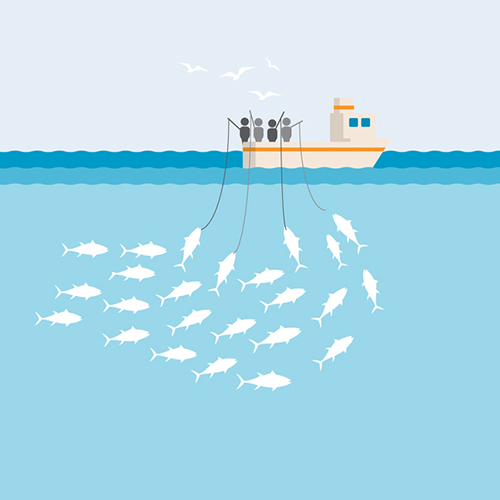 Pole and line is a fishing method used to catch tuna and other large pelagic (midwater) species one fish at a time.