Five things you need to know about tuna 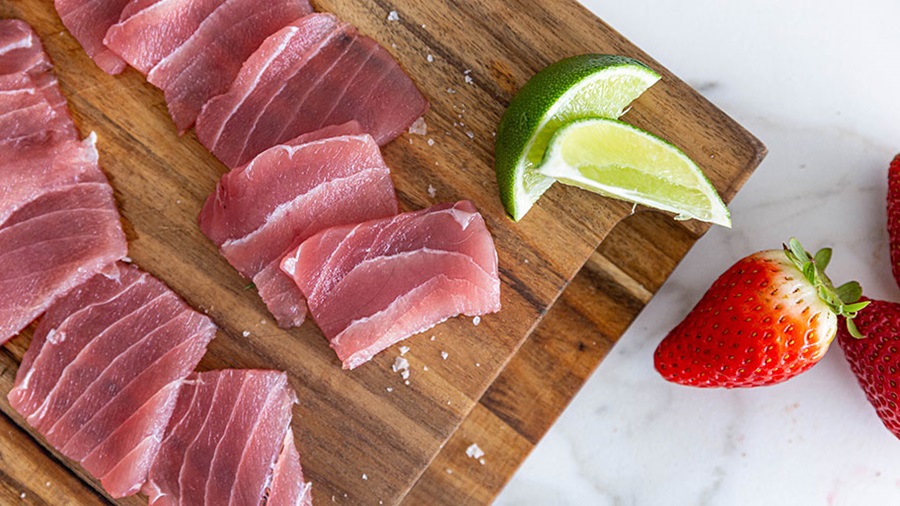 This 2 May, we're celebrating the fifth annual World Tuna Day. The day was set up by the UN to celebrate tuna species and support the communities that rely on tuna fishing. But do you really know what’s behind the tuna which goes into your sandwich or sushi? The Marine Stewardship Council, which runs the world-leading sustainable fishing certification program, explains:

The world’s most common tuna is skipjack

The most-sold type of tuna around the world is skipjack, as it is the most abundant tuna in the ocean, making up 60% of the global tuna catch. If you’re in Australia or New Zealand, skipjack is the tuna species most likely found in tins. 50% of skipjack tuna stocks are found in the Western Central Pacific Ocean, where eight Pacific island nations control the PNA tuna fishery, which has passed the rigorous, science-based tests set by the MSC that make sure it is fishing sustainably. When you buy a can of John West tuna with the blue fish tick, the skipjack inside can be traced back to the PNA fishery.

As well as skipjack there are four other main species of tuna include albacore, bigeye, bluefin and yellowfin. As with varieties of veggies or breeds of cattle, different tuna have different qualities, so choose the right tuna fish for your dish.
Yellowfin’s mild taste is great as steaks, while bigeye is valued to eat raw as sashimi/in sushi as it has a higher fat content. Albacore preserved in olive oil is delicious in salads, while skipjack’s small size makes it popular for canning. Tuna in cans and jars is already cooked.

The UN estimates that almost 5.8 million tons of tuna was caught in 2019. While that is a lot of tuna dinners, the abundance of tuna in our ocean can stay around the same year-after-year if commercial fishing is managed sustainably. While most of the 23 tuna stocks worldwide have healthy numbers, around 1 in 5 are overfished. Tuna can recover from overfishing and replenish if they are managed carefully for the long-term. A report by the UN says it took five years to reduce the number of major tuna stocks experiencing overfishing from 13 to five.

Of the 5.8 million tons of tuna caught, 28.9% is from a fishery that is already MSC certified and a fifth (20.4%) is currently being tested to the MSC Standard. Another fifth of the global tuna catch is from fisheries working on improvements required to seek certification (19.54% in a fisheries improvement project).

The science-based MSC certification scheme checks tuna stocks are healthy and are being managed well, and that the fishery has minimised its impact on the ecosystem. That includes measures to minimise interactions with other marine species, such as dolphins, turtles and seabirds.

In 2020, Tuna Australia achieved MSC certification for Australia's Eastern Tuna & Billfish Fishery. They're encouraging seafood lovers to vote with their forks for sustainable seafood this World Tuna Day, by choosing tuna with the blue fish tick.

Skipjack tuna are the smallest tuna, growing to about one metre in length, while the biggest tuna, bluefin, can be twice their size, measuring as much as two metres in length nose to fin.
While skipjack is the most commonly eaten tuna in most world regions, people in the Americas and Southern Europe tend to eat more albacore than other species. People in Japan eat the most tuna overall, but German shoppers have the biggest choice of tuna that’s come from MSC certified sustainable fisheries.
All the tuna we eat is caught wild from the ocean. Tuna are carnivores at the top of the food chain, so it is vital to look after the whole ocean ecosystem. For a tuna to gain 1 kilo, it requires roughly 10 kgs of mid-size fish, 100 kilos of small fish, 1000 kilos of small plant eaters (herbivores such as zooplankton) and 10000 kilograms of phytoplankton.
Tuna is a global commodity, accounting for more than 8% of global seafood trade. By 2027, the canned tuna market could be valued at as much as $US 11.89 bn.
Tropical skipjack can reproduce from about 2 years old and an adult female can spawn as many as 2 million eggs daily, and anytime of year. Once fertilised, the tiny eggs hatch within a day, floating on the ocean currents as zooplankton. (NOAA). Tuna in cooler waters have a longer lifecycle, for example, albacore tuna in the Indian Ocean, are usually 5-6 years old before reproducing, spawning every 2.2 days from November to January with females releasing as many as 2.6million eggs.

Want to test your knowledge of tuna? Try the quizzes on Kahoot!

Find out more about tuna. 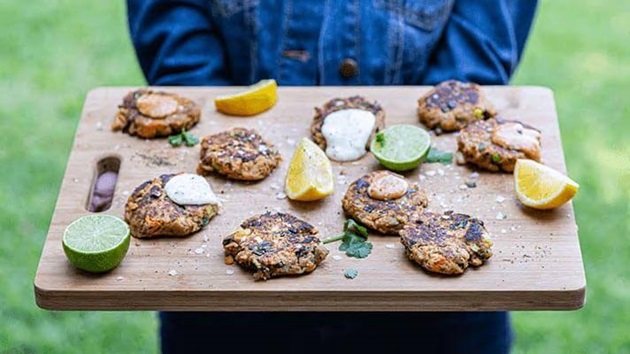 Your guide to sustainable seafood

Find out where to buy, what to look for and the questions to ask.