Got a question about sharks?

Dr Adrian Gutteridge can answer pretty much any question you have about sharks.

His relationship with sharks began when he was a self-professed “frothing little grommit”, terrified of sharks when surfing on the Sunshine Coast in Queensland, Australia. His terror turned to fascination though on a uni field trip on the Great Barrier Reef when he was snorkelling and a shark swam by.  He was transfixed, absolutely forgot what he was meant to be doing and followed the shark until it swam off into the deep blue… and he’s not stopped since!

As a marine scientist with expertise in shark ecology and biology, Adrian’s research has involved tag and release, collecting life-history information and fisheries assessments.

He is a published author, and his research has featured in highly regarded peer-reviewed scientific journals including Marine and Freshwater Research and the Journal of Experimental Biology.

To book an appearance or to simply ask a shark question, get in touch. 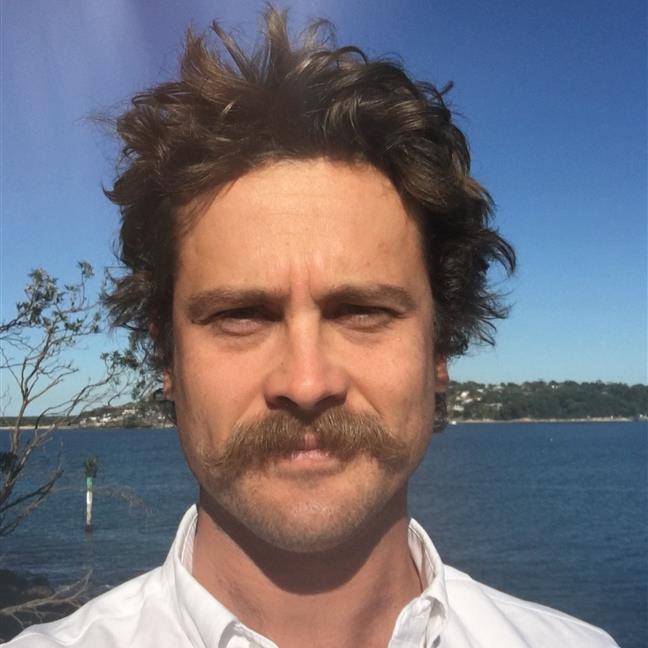 Students across New Zealand and Australia have been asking Dr Adrian Gutteridge their shark questions.

What is a shark?

A shark is a fish in the class called elasmobranchs. ‘Elasmos’ include all sharks, skates and rays. What they all have in common is that, compared to normal fish, they are generally slow-growing, late to mature and have fewer offspring. They all reproduce through internal fertilisation, which differs from normal fish that release their eggs and sperm into the water.

Sharks have been around for around 200 million years, relatively unchanged. So they basically arrived into the fossil record and have been dominating the oceans for ages.

Why are sharks so important to the ocean ecosystem?

Sharks are like bouncers in a pub. They help regulate things and keep the system functioning normally. Yes, some bouncers have a justifiably bad reputation, but they do their thing to make sure the pub opens the next day. If there were no bouncers, it would be heaps of fun to start with and a massive free for all. But soon enough, everyone gets out of control. People start doing laybacks, skulling spirits, then chairs get thrown and the pub gets smashed up and the booze runs dry. No pub tomorrow. No good.  Sharks do a similar thing by predating the groups below them in the food web and to help keep their populations in check.

How can people be more shark aware/friendly?

Buy seafood products from well-managed fisheries, including MSC certified ones, that do their best to reduce bycatch of sharks and rays. Don’t eat shark fin soup as shark fins that end up in shark fin soup are typically from illegal and unregulated fisheries. Shark finning is one of the biggest threats facing many shark species.

If you’re going to go surfing, swimming or do anything in the ocean, don’t stuff pilchards down your pants. Sharks eat pilchards.

What are some surprising facts about shark biology?

To allow internal reproduction, male elasmo’s have evolved two external sex organs called claspers. When they mature, the claspers get bigger, and they calcify.

Most sharks give birth to live young. This can range from 1 or 2 pups to up to 20-30. In some species, like the grey nurse shark, they have intrauterine cannibalism. This means they start with about 5 pups in each uterus, but the biggest ones eat each other until only one is born from each uterus. Proper prison rules even before you’re born!

Sharks don’t have scales they have ‘dermal denticles’… sort of like teeth on their skin. Their denticles feel smooth from head to tail but rough like sandpaper the other way. This makes them extremely hydrodynamic and it inspired swimsuit design for elite swimmers.

What are some surprising facts about shark behaviour?

Males have to bite onto the females to get enough leverage to be able to mate. This isn’t ideal for females as sharks have pointy teeth. So in some species, like blue sharks, the females have evolved skin that is about 3 or 4 times thicker than males.

Bull sharks are one of the few marine species that can live in fresh and saltwater. Pregnant females, upwards of 3m+ long, swim right up into freshwater reaches of rivers to give birth.

Do sharks have any unexpected friends or fears?

Orcas and bigger sharks are not good friends with other sharks. Orcas are the top dog of the ocean and are known to eat mako sharks. But pretty much, bigger sharks eat smaller sharks as well as fish, squids, etc. Tiger sharks probably have the broadest diet of any shark and pretty much eat anything. As well as eating things like fish and rays, they also eat turtles (they saw them in half!) and diet studies have found things in their stomachs including fruit bats, birds and number plates.

What are some common misconceptions about sharks that we can debunk?

Not all sharks are dangerous to humans. In fact, the vast majority wouldn’t even care about us. There are about 600 or so species of shark and only about 10 of these are known to cause fatal interactions with humans.

They are also massively under threat of extinction from humans. Around one-third of all elasmos are vulnerable to extinction. This can be higher for certain species and areas though. For example, fishing in the open ocean since the 1970s has reduced oceanic species populations by around 70% and three-quarters of these species are at risk of extinction.

Rays are probably more threatened as a group than sharks, as around half these species are threatened with extinction. This is because rays typically live in shallow, coastal areas where habitat removal and fishing pressures are highest.

There are almost 600 species of shark - what are some of the weird and wonderful species that people may not be aware of?

Cookie-cutter sharks are pretty cool. They are a small-bodied shark that lives in the open ocean. They have the biggest teeth relative to the size of their jaw of any shark. They bite onto whales and bigger fish, spin their body and take a circular chunk of flesh out. They are also bioluminescent. Rad.

Teach and learn about sharks

Sharks are key to a healthy marine ecosystem. Find out more and access ocean-themed teaching and learning resources for the classroom.

You can also view our virtual classroom below. 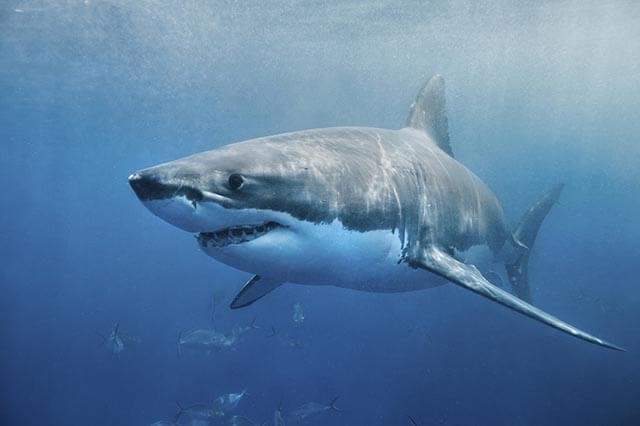 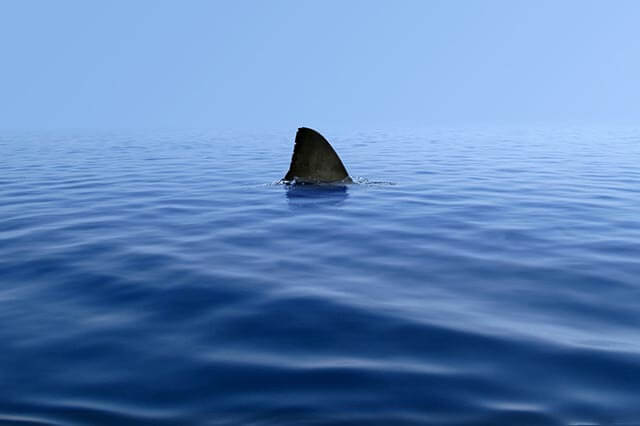 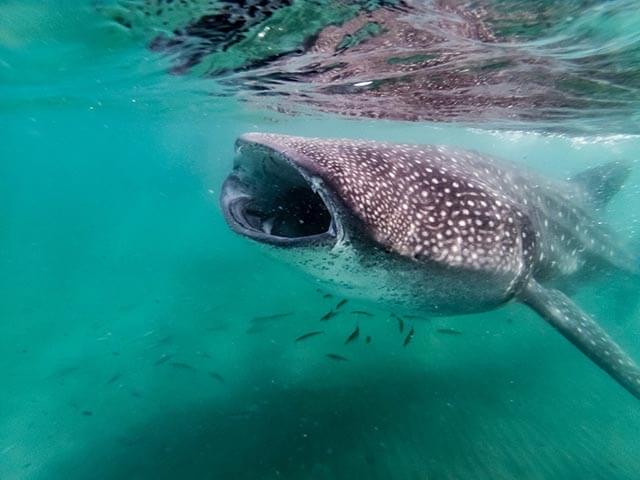 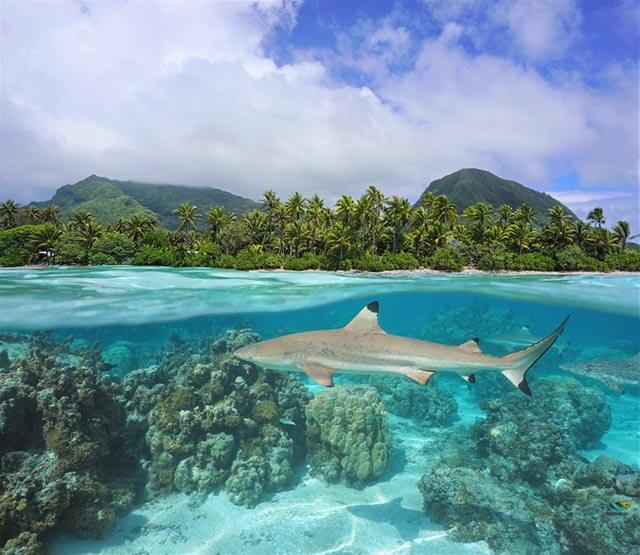 Reef shark swims through the light 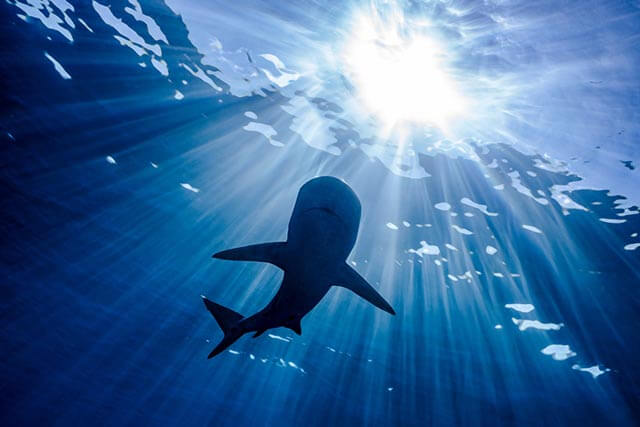 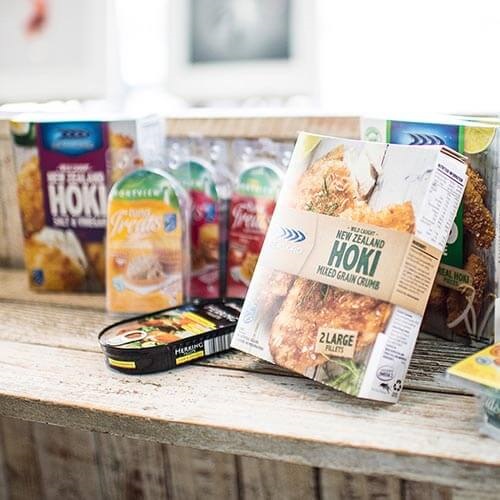 You’ll find MSC certified sustainable seafood with the blue fish tick on over 500 products as well as some restaurant menus. 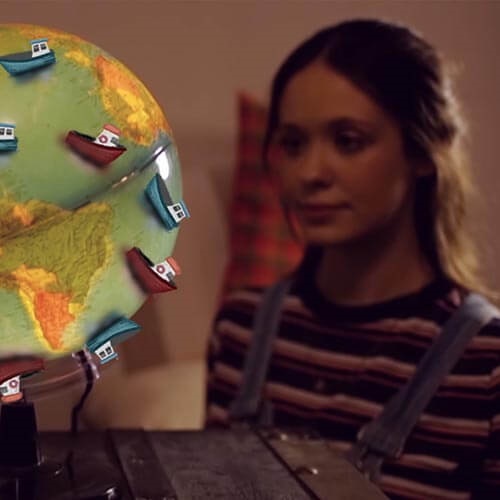 Teach and learn about ocean sustainability

Use our Australian and New Zealand curriculum-relevant teaching and learning resources to discover how we can help keep our oceans healthy for generations to come. 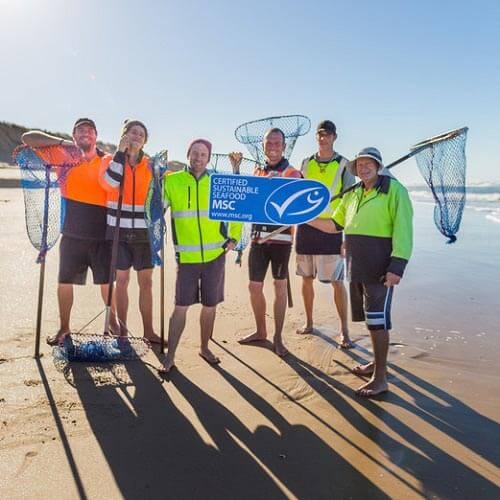 Stories from the sea

Sustainable fishing isn't always easy. Find out what it takes from the passionate people working hard so you don't have to.