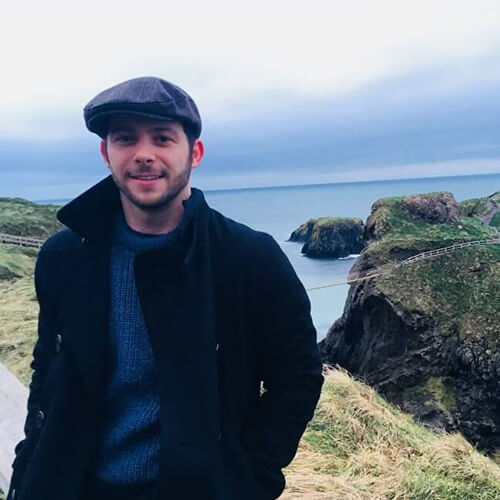 MSC Commercial Manager, UK and Ireland based in our London office.

Why ocean cleaning sea cucumber is worth protecting

To celebrate the world's first sea cucumber fishery to be certified to the MSC Fisheries Standard, we spoke to colleague and resident sea cucumber expert Seth McCurry.

What is a sea cucumber?

The sea cucumber is one of the most unassuming and often overlooked of marine species. With no eyes and no brain, it rarely captures the hearts and minds of humans. However, this primitive echinoderm, which is most closely related to the starfish and sea urchin, plays a vital biological role in marine ecosystems. Sea cucumbers predominantly feed on detritus and other organic matter and excrete inorganic nitrogen and phosphorous. This nutrient recycling and sediment redistribution are critical to maintaining productive and biodiverse ecosystems, like coral reefs, and can affect alkalinity levels of seawater, serving as an important buffer against ocean acidification.

What makes the sea cucumber special?

There are over 1,400 species of sea cucumber inhabiting all corners of the marine world, from the ocean floor of Antarctica to the pristine reefs of the tropics. At least seventy of these species are commercially exploited in what is now a multi-billion-dollar trade. Nearly 80 percent of sea cucumber exports globally are destined for Hong Kong where they are then re-exported into mainland China and sold, typically as a dried product known as bêche de mer.

Lauded for their medical and health benefits, sea cucumbers have been a delicacy in China since the Ming Dynasty. Bioactive compounds produced by sea cucumbers have been used in traditional Chinese medicine to treat a number of ailments including arthritis and cancer, and there is ongoing research on a number of nutraceutical and pharmaceutical application of these compounds around the world.

However, the majority of sea cucumber is harvested for human consumption. Like abalone, shark fin, fish maw and bird’s nest soup, sea cucumber is a delicacy that has been a symbol of affluence and luxury, typically reserved for special occasions like weddings, banquets, and Chinese New Year celebrations. The high price of sea cucumber has led to high levels of illegal, unreported and unregulated (IUU) fishing, a thriving illegal market trade and diminishing sea cucumber populations due to overfishing in many parts of the world. As a result, three species of sea cucumber were added to CITES’ Appendix II for the first time in August 2019, providing greater protection and requiring tighter controls on international trade.

Why do I care about sea cucumbers?

Before joining the MSC UK and Ireland team, I spent several years running a sea cucumber farm in Indonesia. Sea cucumber aquaculture is a relatively new field that has the potential to alleviate pressure on wild stocks and further our scientific understanding of these unique species. As an entrepreneur and a conservationist, I believe there is great business potential in this developing industry and I wanted to play a part in protecting this important, underdog species. Admittedly, it is hard to love a creature that breaths out of its anus, but I confess that after spending several years working closely with sea cucumbers, I have developed a profound respect for them!

Why are sustainable sources of sea cucumber important?

China’s population is continuing to grow. The country’s middle class is projected to double, from 300 million in 2018 to 600 million by 2022. This upward financial mobility may result in increasing demand for high-end delicacies like sea cucumber. Sustainable management of wild fisheries will be critical to meet this demand.

Continuing to develop our scientific understanding of the biology of sea cucumber provides opportunities for discovery, potentially even of life saving treatments. The certification of the Western Australia Sea Cucumber Fishery is a major milestone in putting this species on the right track and ensuring that this traditional Chinese dish is available for this, and future generations.