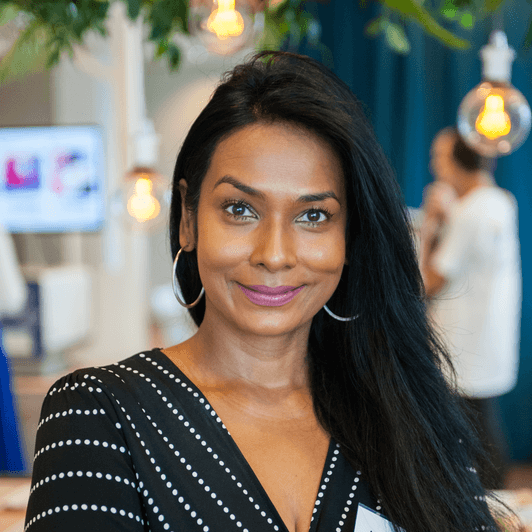 The global sustainable seafood movement has been going for over 20 years. In Australia momentum is building to a point where it’s fast becoming the desirable and the norm.

The latest sustainable seafood consumer research (2018) from GlobeScan, on behalf of the Marine Stewardship Council showed that the vast majority (74%) of seafood consumers in Australia believe we should only consume seafood from sustainable sources. Not only this, but a similar amount (75%) believe sustainability claims should be independently verified.

Despite these good intentions, shopping for sustainable seafood can be a cluttered and confused experience. There’s a gap between intent and action. We spoke to some of the business leaders that are making it easy for their customers to enjoy wild sustainable seafood.


What are businesses doing to respond to the growing demand for sustainable seafood?

During the recent Fine Food Australia show, I hosted a discussion with seafood producer Heidi Walker from Walker Seafoods Australia, Julian Halfacree from food distributor Foodlink and Chef Rob Morales from chef network CHEFIN. I wanted to know what’s driving the growing movement for sustainable seafood and how others can get on board. Here’s what they had to say.

Why should businesses certify their sustainable seafood? What are the benefits?

Heidi Walker is the owner and founder of Walker Seafoods Australia and a long-term supporter of the MSC. Heidi explains why she decided to opt for MSC certification:

“The main reason why we decided to go down the MSC path was that I could see where it was heading on social media and with companies in the U.S, and Europe demanding sustainable fish. Chefs told me “we don't put tuna on our menus as it’s not a sustainable choice”. That got me to thinking, yes, it is a sustainable choice because of how our Commonwealth fisheries are managed, but I need something very robust like the MSC to give that assurance. When we got MSC certification my phone didn't stop ringing from international chefs. We don't have enough fish to catch now that we can export. Everyday I've got more and more people in the U.S. and Europe wanting our fish and happily now in Sydney and Melbourne as well that want Swordfish and Tuna that has MSC.”

For Julian Halfacree at distributor Foodlink, demand is also coming from chefs and their diners:

“We supply Shangri-La, Four Seasons, Park Hyatt, Grand Regency, airlines, pubs, clubs, hotels, small cafe's and larger businesses. We're now finding that there’s a very large demand for certified sustainable seafood. Chefs are asking more specific questions which means the end consumer is asking questions too. The way that Foodlink has adapted its strategy with the MSC is we have provided pure transparency in what we're doing. Our codes are setup in our system in a way that it can't be altered. So, if a chef is ordering a specific line of seafood such as Walker's MSC certified Yellowfin tuna, it will be coded, weighted, charged accordingly and sent out to the customer which will then be pursued down the MSC Chain of Custody to the end user. It’s very hard to implement a system in that manner. If there wasn't a demand for that, we wouldn't have embarked on this. I'd say in the next 5-10 years it'll be a staple part of our industry. Particularly in the seafood industry.”

As one of those chefs, Rob Morales from CHEFIN told us his personal motivation for pursuing MSC certification:

“I came to CHEFIN to represent chefs and use the platform to share our knowledge and values. We have over 100 different chefs interacting with clients and providing dining experiences. A lot of those chefs are on board because we have MSC sustainable seafood available. Once they know about it and we teach them about it, they just can't stop talking about it to all their clients. It's such a wonderful platform for them to share because a lot of people aren't aware that what they're eating is on the menu as say, 'John Dory' but is in fact 'Leather Jacket fillets’. For example, I saw there was a huge, famous shop in the Westfield Food Court selling Snapper for $45 a kilo and I'm a chef and I know it’s clearly Leather Jacket filets. Leather Jacket filets go for about two bucks a kilo. So, who's monitoring that? Nobody. It’s just an honesty system and so who's backing that, who's making sure those things are correct? Well actually, the MSC is. That’s why I came to the MSC and that's why we're teaching all of our chefs why it’s important to support the people who want to make this planet a better place, because I care, and other people care too.”


What are the challenges of certification and labelling of seafood?

“The main issue for us before we got certification was the confusion that people felt around what was sustainable and what wasn't” explains Heidi.

“Immediately people think of tuna and swordfish and go 'that's not sustainable' because something happened in the Mediterranean, therefore it’s not sustainable in Australia. This is because there's a lot of disinformation on the internet and unfortunately people believe what they see from a lot of the NGOs and green groups which was unfortunate. So, one of the challenges, even when we were going through MSC certification was still convincing people that by getting this certification we would become sustainable and then educating people around the robust processes that we go through with the MSC. We have annual audits and that takes two days every year to show that what we are doing is meeting all our targets. So that was quite a challenge for us. It’s really about the education piece. And that's why the MSC is so good because when you direct people to the right information, to the website and show them what we have to do, then you cannot argue with MSC certification.”

Confusion and a lack of understanding are also problems raised by Julian at Foodlink:

“There's a huge amount of effort that goes in to sustainable fishing including financial capping for quotas of fish from a fishery. There's also a lot of unrecognised certifications that fisheries are going through. The difference from start to finish, to the plate, to the fork for what they go through to get the fish to the consumer with the certification on it is by far more than anyone in the public understands.”

For Rob at CHEFIN sourcing certified sustainable seafood has been the greatest challenge:

“I didn't know who to look for and what authority to look for as far as what suppliers, what fisheries are doing the right thing. Who's to know what they're catching and what their ethics are like? So, I got on to MSC for that reason and one of the biggest hurdles was after getting certified, which was the easy part, was sourcing the seafood. As a chef you want to be able to plan a menu and you want to have that selection available and be able to say well this selection of MSC seafood is available from Foodlink or Bidfood or any of these companies, but, it’s not. You only have a handful of products that you can work with and it's really limited. It's crap because you want to be able to support creating a better environment but at the same time you want to do your job. We got on to Foodlink and Bidfood and these people that are certified in Australia and we told them the problem and they listened and that was all it took. It just took communication.”


What can we all be doing to play our part in ensuring seafood forever?

The common theme from our expert panellists was that greater understanding and then asking questions is key, both in business and as a consumer.

For Julian, the questions now being asked are leading to action:

“Education for chefs and the foodservice sector right back to the fisheries has got the backing of the MSC the whole way through. To be able to work together to educate the public is key because I think we have in our industry got an understanding of sustainability itself but not a detailed education of like what Rob said 'Where is my fish coming from' is it coming frozen, is it coming fresh, is it imported, is it caught locally, is it certified, is it not? Before my employment in Foodlink, I was in the retail sector and we had wet fish stores across the Northern beaches [of Sydney] and questions were being asked of ‘is it wild, is it farmed, is it certified, is it fresh, is it frozen?’. Now the questions being asked are 'is it sustainable?', 'is it sourced ethically?', 'where's it come from?', 'has it been on a shipping container for 16 weeks?'. I think the questions being asked now are important in our industry to push forward together to create a positive effect.”

Rob believes we can all make a difference through our individual choices:

“I'm going to be straight forward. There's one thing to have values and there's one thing to not have values and go through life and not care about anything and where it comes from. It's up to you to make that financial investment to say I'm going to pick this one because it’s cheaper. Okay it’s cheaper but where is that money going? Who is that money supporting? Is it the guy that's leaving his fish nets all over the reef? You know, I find it all the time. I'm fishing every week and I see this stuff all the time - there's just crap everywhere because of negligence because people are cutting corners and you're supporting them because you're saying 'Oh, it's cheaper.' It's just an excuse. It wasn't until I got to Australia and I started to learn about what the MSC is about, then I said there's actually an organisation making the effort and I want to be able to support them because if I support them, they're supporting many other practices and values that I have.”

Heidi believes that as consumers we can all be asking more questions:

“The main thing the consumer can do is to ask where the seafood came from. Whether you're in a pub, club, restaurant or fish shop ask, 'where did it come from?'. The same goes for a chef. I've been to restaurants and I've said, 'Where do these prawns come from?' and the waitress has said 'Erm I don't know, I'll go check' and she's gone out the back and the chef's said 'Oh, out of the box' and I don't know what the box says. At the end of the day we all need to ask where our seafood is coming from and that is why the MSC does such a fantastic job because it’s all about that traceability. So, if you are somewhere and you can't find the blue fish tick, then you should at least be asking where the fish is coming from.” 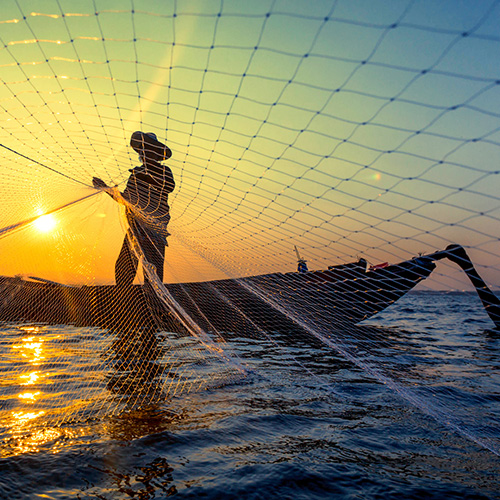