Why We Are Better Off With Healthy Shark Populations 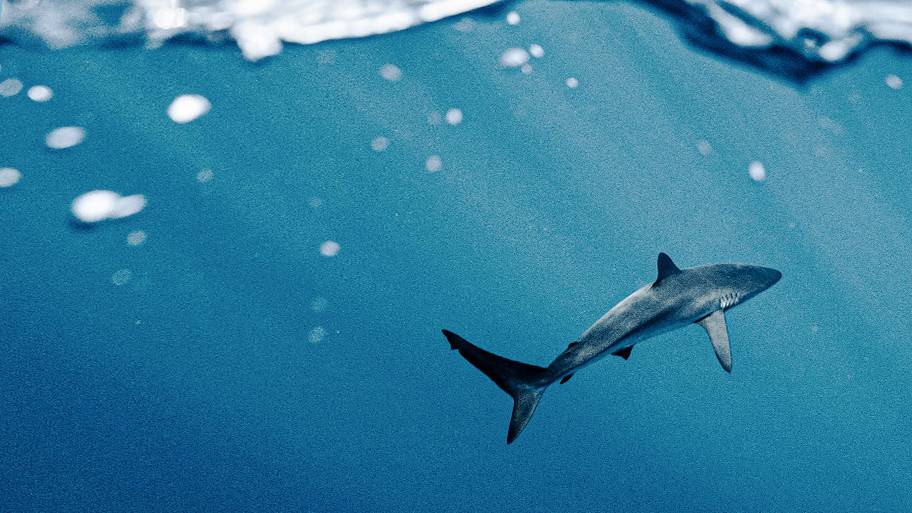 Sharks play a vital role in our ecosystems, but approximately one in three known shark species is threatened with extinction.

“There are lots of misconceptions about sharks. Probably the biggest one that most people have is that sharks are dangerous, [that] sharks are a threat to us,” says award-winning author, marine conservation biologist, and MSC staff scientist Dr. David Shiffman. “And that affects shark conservation, that affects public support for wanting to protect them.”

Shiffman wants people to know that they don’t need to fear sharks, and in fact, sharks need our help.

“Not only are sharks not a threat, but they're also helpful. They are beneficial. We are better off with healthy shark populations.”

Watch the video below to learn more about the threats shark face, why sustainable shark fisheries are important, and how public misconceptions about sharks can harm efforts to protect them.

For even more, check out Dr. Shiffman’s new popular science book ‘Why Sharks Matter: a deep dive with the world’s most misunderstood predator’.

Shiffman says it’s not a textbook! This book was written for anyone middle-school aged and up who wants to learn more about these often-misunderstood predators

Q: What are the greatest misconceptions about sharks?

A: There are lots of misconceptions about sharks and, in fact, I just wrote a book about this titled, "Why Sharks Matter: A Deep Dive With the World's Most Misunderstood Predator". The biggest one that most people have is that sharks are dangerous, sharks are a threat to us, that if you dip your toe in the bathtub a shark is going to eat your whole family. And that affects shark conservation, that affects public support for wanting to protect them.

And that's just not true.

Not only are sharks not a significant threat to people in a typical year; in fact, more people die from flowerpots falling on their head from above when they walk down the street.

Q: What role do sharks play in the ocean ecosystem?

A: Not only are sharks not a threat but they're also helpful, they are beneficial. We are better off with healthy shark populations off our coast than we are without them. Well predators help keep the food web in balance. They eat prey, they keep prey populations from exploding out of control and unravelling the whole food web. When you hear about survival of the fittest, predators are a big part of the reason why the not fit don't survive. And that has really important evolutionary roles.

Q: How can we change the public's mindset?

A: A big part of it's just public education, a big part of it is pushing back against sometimes full-on hysterics from the popular press. Whenever there's a shark bite anywhere in the world it's front page news everywhere in the world. And it leads to this impression that sharks are blood thirsty monsters that are going to kill your whole family and it's just not true. It leads to persecution of sharks and lack of support for shark conservation. So public education is vital here.

Q: What are the greatest threats to shark populations?

A: Yeah, so the greatest threat to shark populations by far is unsustainable overfishing. This includes but is not limited to shark finning and the shark fin trade, which is the only issue that a lot of people have heard of but is very much not the only issue or the biggest issue. Why are sharks vulnerable to overfishing? A big reason why sharks are vulnerable to overfishing is where baby sharks come from, you can't get through an interview with me without at least one baby shark reference, sorry to all the parents watching this!

But the sharks have relatively few babies, relatively late in life, relatively infrequently. It's called a K-selective life history and what that means is each individual shark baby is better able to survive than say salmon spawn. But there aren't very many of them and that means populations cannot bounce back quickly from overfishing or other threats.

Q: How can sustainable fisheries management help to protect sharks?

Q: Who should read your book and why?

A: Yeah so the book is intentionally designed to be for a popular science audience so it's not a textbook. Anyone who sort of advanced middle school and up can do it. And the reason why I wanted to write this book is because, again, I do a lot of talking to the public, this public science engagement and I found that there were lots of people who were shocked to learn some of these things that I've been saying about how widely supported sustainable shark fisheries are for experts or among experts.

And they've never heard that before, and they say "I'm a scuba diver, I read everything I can about sharks, I've never heard of a sustainable shark fishery!". There's a ton of information that's out there about this, but it's all very technical and it leads to people not knowing what's really going on. So I wanted to write this book because I know that there are a lot of people who want to know what's really going on and how they can really help and not just read feel good fluff or extremist rants.

Q: What is so good about sandbar sharks?

A: I love my sandbar sharks, follow #bestshark on Twitter and Instagram to learn more about them. But one of the things I love about them is they're nobody's favorite shark. To quote Rodney Dangerfield, "They don't get no respect.". But they're a really awesome species that has been really important for public understanding of science because they're are common coastal species found all over the world which means they're frequently studied by scientists they're often accessible. And they're a common aquarium species which means that for millions of children around the world the first shark they ever saw in their life is a sandbar shark, and that can inspire a life of loving the ocean and wanting to protect it. Check out our educational resources for young learners.