The Owasebussan North Pacific longline fishery for albacore, yellowfin and bigeye Tuna was certified to the MSC Fisheries Standard in February 2021. It is the first fishery in Japan to be certified for bigeye and yellowfin.

Owasebussan Co. Ltd's base is the Owase fishing port in Mie Prefecture in the southern part of Honshu, Japan’s largest island.

The company started as a retailer with freshness as its number one priority. The company now handles everything, through fishing to processing to sales. Just three hours after fish is landed, packs of raw tuna bearing the blue MSC label are on display in local shops.

From landing to auction

Owasebussan's vessel No.11 Ryoei-maru has returned to port after completing its longline fishing trip in the waters off Ogasawara. The number of birds circling above increases as the crew gets ready for landing.

The crew unload their catch by passing each tuna hand-to-hand down a conveyor belt. After unloading, the tuna is cleaned, weighed, and laid out neatly for auction.

A siren announces the start of the auction to the 20 or so wholesalers standing by. After giving the buyers (among them employees of Owasebussan) a chance to assess the quality of the tuna, the bidding begins on each fish. 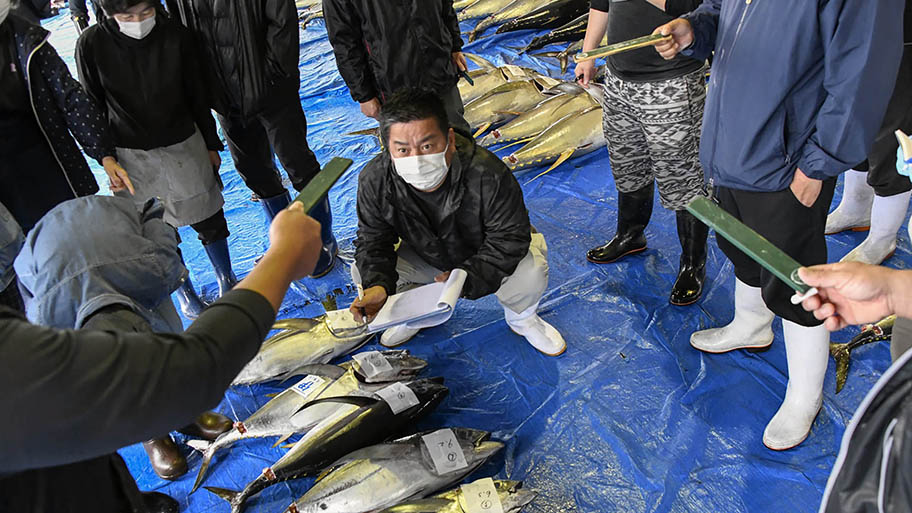 The journey to sustainability certification

Owasebussan was established in 1972 as a spinoff from the salted and dried fish division of a local supermarket, Shufu no Mise Co., Ltd. As such, it was aware of consumer needs. In response to requests from supermarkets and conveyor-belt sushi chains, the company processed the products and even did the subdividing, packaging, and pricing usually done in stores.

Managing Director Takuya Tamamoto remembers the lively atmosphere of the nearby harbour when he was a child. "During the summer festival, there was a parade of about 50 skipjack fishing vessels. It was so lively. In 1970, the Owase Fishery Cooperative had nearly 900 members and an annual catch worth about ¥4 billion. But as the years went by, there was a gradual decline in catch, making it difficult for the fishers to make a living. With a lack of interest among the younger generation, the number of fishers has fallen dramatically."

Tuna fishing was abandoned for some time, but in 2013 Owasebussan launched the Ryoei Maru vessel, followed by the No.11 Ryoei Maru in 2017. By hiring fishers as full-time employees and offering them bonus pay and benefits, the company is helping to revitalise the trade.

With the landing and auctioning of the tuna catch handled by the fisheries cooperative, the company is also contributing to the renewal of the fishing port and local community. 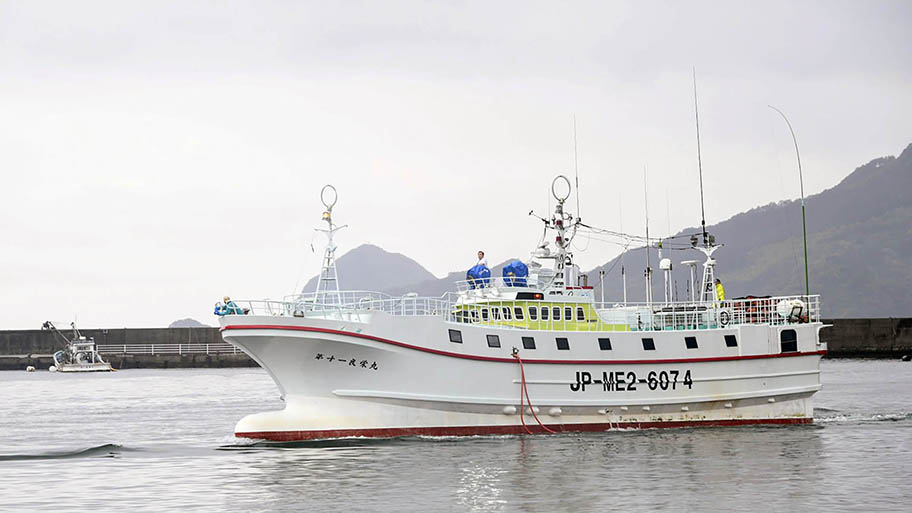 The No.11 Ryoei Maru returns to Owase Port

Owasebussan's CEO Hiroyuki Ono still has vivid memories of the sea 50 years ago. "The waters off the island in front of us were teeming with mackerel and horse mackerel, which were very fatty and tasty. But we lost such resources by catching as much as we could. The situation is the same all over the country."

As a result of legal reforms, resource management, and efforts to improve productivity, fishing has once again become a popular, high-income occupation in Norway. Now Japan has implemented the first major revision of its fishery laws in 70 years.

Owasebussan acquired MSC Chain of Custody certification for its supply chains in November 2020.

Since attaining MSC fishery certification for two of its vessels in February 2021, it is now able to sell three species of tuna bearing the blue MSC label.

"More and more people in the fishing industry are asking me about our MSC certification. I also have more opportunities to discuss resource management with my colleagues and customers." Says Ono. Getting certified has led to changes in communication with stakeholders.

Results are already starting to show. "Even when the overall market price is low, we are able to sell our MSC certified tuna at premium prices and maintain a stable sales volume.

"We are also receiving inquiries from companies interested in serving sustainable tuna at their cafeterias as part of their effort to promote [the UN] SDGs Goal 14, Life Under Water (Conserve and sustainably use the oceans, seas, and marine resources)."

In the two and a half years leading up to certification, Owasebussan worked on reduction measures for bycatch (accidental catch).

The company’s longline fishery uses a 50 km-long line with 3,000 baited hooks attached. The bait and the depth of the rope are adjusted so only the target species can be caught.

"In order to achieve certification, we added new measures to reduce the bycatch of seabirds and other species. We weighted the fishing line to allow the bait to sink quickly," explains captain Hiroaki Higashi.

The fishery also uses Tori (bird scaring) Lines when necessary. The Tori Line is a Japanese invention consisting of a line with streamers that deter seabirds.

Another measure was the switch to whole frozen horse mackerel and saury as bait, which come off the hook if turtles bite into them. This has proved more effective than using filleted bait. 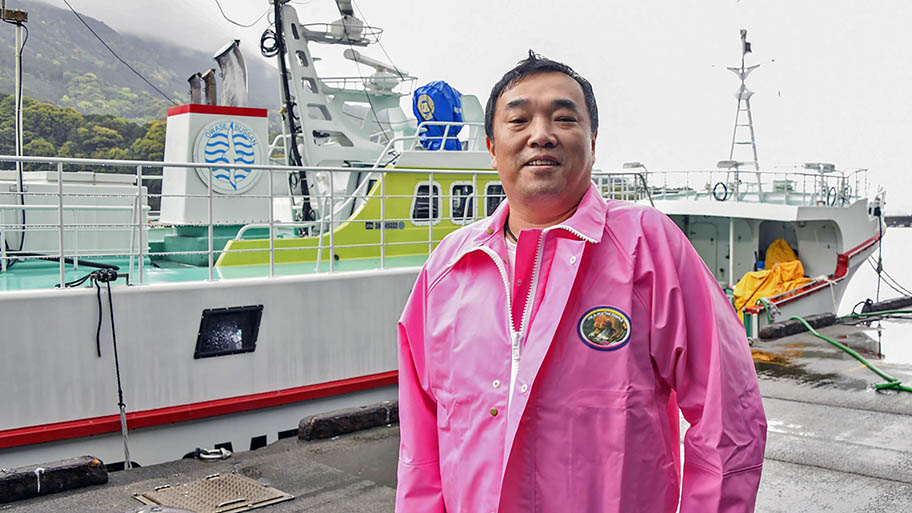 Hiroaki Higashi, captain of the No.11 Ryoei-maru

"We process and ship our tuna with an emphasis on freshness." - Noriaki Horiguchi, General Manager of Manufacturing Department

Taste is an essential element in encouraging Japanese consumers to actively support sustainable fisheries. And for many good taste is linked to freshness.

Owasebussan’s commitment to freshness begins at sea. After the tuna is removed from the hook, the gills and guts are immediately removed. The tuna is then placed in UV-sterilised seawater that’s kept just above freezing point. To ensure cleanliness, the water is changed frequently as the tuna is brought back to port.

Managing Director Tamamoto says, "The holds of the two Ryoei-maru ships have thicker pipes and thicker insulation layers for cold storage. Even though that means our capacity is reduced, we choose to prioritise freshness."

A longline tuna fishing vessel usually returns to port every two to four weeks, but as Owasebussan operates two vessels, this cycle is more frequent. Tuna lovers look forward to the return of the vessels. Just three hours after landing, blocks of raw tuna are available at Owasebusssan's shop, Owase Fish Market Ototo.

"Before the outbreak of COVID-19, we received about the same number of tourists as we did local consumers," says Ototo manager Toshihiro Sudo. He looks forward to the return of more customers and is confident that "The blue MSC label will appeal to tourists who are aware of the message it conveys." 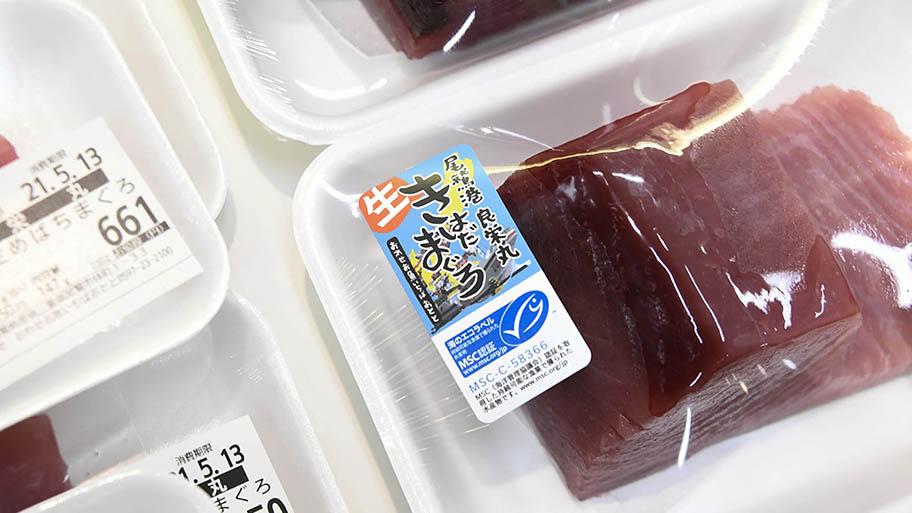 Fresh tuna with the blue MSC label on display

Owasebussan's MSC labelled tuna is also distributed to major supermarkets. Katsuki Miyahara, the factory manager in charge of processing the tuna, says with a smile, "We are busy on the days when the tuna comes in because we have to process each one by hand, but because they're so fresh, it makes the effort worthwhile."

Trucks loaded with processed sashimi products leave for the Tokai, Hokuriku, and Kinki regions in the evening of the day of landing.

Because all necessary facilities are concentrated near the port, Owasebussan is able to process and ship the tuna in-house on the day of landing without having to freeze it. Each step reflects the company's desire to deliver the tuna in the best possible condition. 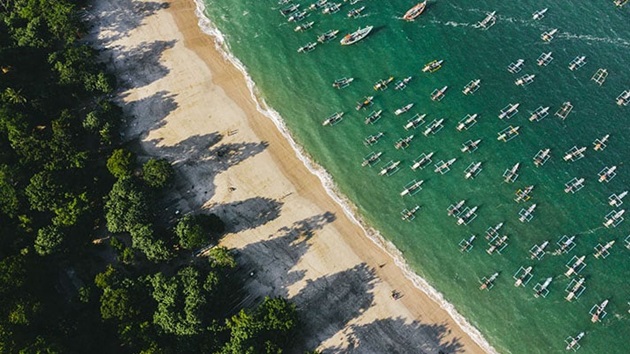 The MSC program could not exist without the many people around the world who work to safeguard stocks, ecosystems and their own livelihoods. Meet the people behind sustainable seafood.