Beyond seafood: this sustainable clam fishery is recycling shells 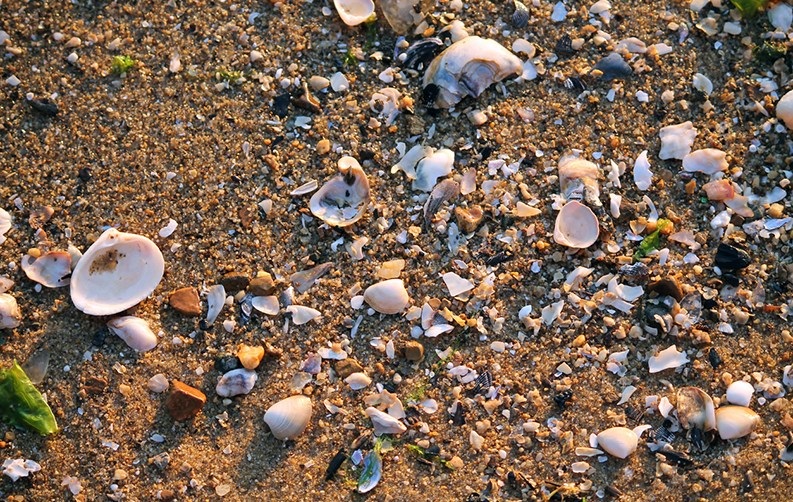 Shells on shore in Chesapeake Bay

Did you know that it takes about 10 truck-loads of clams to produce one truck-load of clam meat? The shell to meat ratio is pretty high. When you order linguine with white clam sauce, a plate of fresh, chilled oysters, or stuffed clams, the shell is probably included on your plate. Do you ever wonder what happens to those shells? How about when you order clam chowder, fried clam strips, or some other shellfish that comes without the shell. Where did it go?

It turns out that many shells have a long life after they’re done being a home to clams, quahogs, or other shellfish. To learn more about the different lives these shells can live, we talked to our friends at Sea Watch International.

Based in the Chesapeake Bay region of Maryland, Sea Watch has been a major supplier of clams for over 35 years and has grown to become the largest independently owned clam company in the world. They, along with other sustainability-minded clam processors, achieved MSC certification in December 2016 for their US Atlantic surfclam and ocean quahog fishery.

Sea Watch takes its commitment to sustainability to a new level. In addition to being part of a certified sustainable fishery, they recycle a lot of their byproducts, like shells. Sea Watch handles about 300 million pounds of shells ever year, most of which get reused.

Here are four ways shells can be reused and repurposed:

The process of removing the meat from the shells involves a lot of tumbling and most of the shells end up broken. The ones that remain whole are removed from the processing line, sanitized, and used as the base of stuffed clams. Of the 300 million pounds of shells Sea Watch handles, about 30 to 40 million whole quahog shells are used annually either for their Premium Stuffed Clams or sold to other processors to become stuffed seafood items.

Shells that are whole enough to look nice but too damaged to become stuffed clams are often used in landscaping projects. Shells can be seen lining golf courses and walkways and adding decoration to lawns and gardens.

Crushed shells make for great, eco-friendly driveways (with a bonus beachy-feel). Shells are a great material because as they are walked and driven on, they break up into smaller and smaller pieces. These pieces disperse pretty evenly and don’t create big dust clouds, unlike gravel and rocks that can fly off the path and kick up dust. Crushed shells also allow for great drainage because water can filter right though them into the ground, unlike hard concrete surfaces that water can’t penetrate.

4. They become a new seafloor for oyster recovery efforts

While oyster shells are the preferred substrate, oyster recovery operations will use lots of different materials to create a hard surface that young oysters can attach to. This includes the use of surfclam and quahog shells. According to the Oyster Recovery Partnership, half a shell creates a new home for about 10 baby oysters.

Do you have any recycled shells in or around your home? We’d love to hear about it. Take a picture of your reused shell and tag us at MSCintheUSA on Instagram and Facebook for a chance to be featured on our page!

Header image of shells on shore in Chesapeake Bay: istock.com/LAByrne