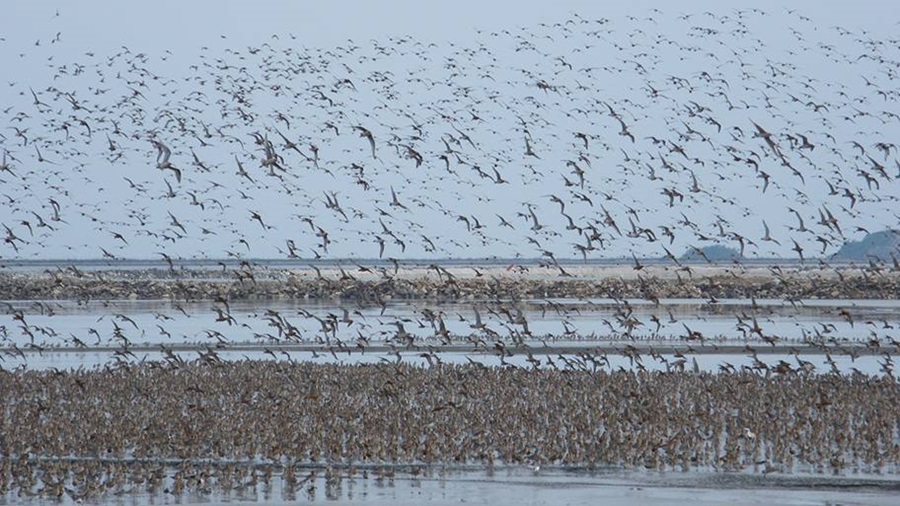 Prince Charles’ letters, released yesterday, refer to the need to protect Patagonian toothfish. But what is so important about this creature and how have things changed since Prince Charles wrote of its plight to the then environment minister in October 2004?

Patagonian toothfish, also known as Chilean sea bass, lives in the cold waters of the Atlantic and sub-Antarctic. This slow growing fish generally lives for up to 24 years and grows to over two meters in length. It’s a species of huge ecological importance, but also supports fishing communities throughout Southern America and the Antarctic islands who fish it commercially for markets in USA, EU and Japan.

In 2004, Prince Charles was right to be concerned. But wind the clock forward 12 years and much has changed.

In the past, illegal fishing for Patagonian toothfish by unregulated vessels threatened the sustainability of fish stocks, undermined the livelihoods of fishing communities and also had detrimental impacts on other species, including unintentional catch of some albatross species. Since 2007, seabird mortalities in the Falkland Islands longline fishery have been reduced to zero due to implementation of a number of highly effective mitigation measures.

Today more than half of the total global catch of toothfish is certified to the MSC standard for sustainable fishing. These fisheries meet the demanding standards for fisheries management and sustainability required for seafood to be sold with the blue MSC ecolabel.

In order to achieve the MSC standard, these toothfish fisheries worked hard to ensure the long-term sustainability of fish stocks and the environment on which they rely. This meant careful management of stocks – and importantly preventing illegal operators from ‘poaching’ fish. Two of the MSC certified fisheries are UK overseas territories – South Georgia toothfish and Falkland Island toothfish.

The South Georgia Patagonian toothfish fishery was one of the first fisheries to be certified (2004, recertified in 2009). The benefits certification brought to the fishery acted as a catalyst for other major toothfish fisheries to enter the MSC program. The fishery is managed under the Commission for the Conservation of Antarctic Marine Living Resources (CCAMLR), which includes consideration of the wider ecosystem impacts of the fisheries in its management decisions.

Research and surveillance teams now live on the, otherwise unpopulated, islands off South Georgia. Harriet Hall, Director of Fisheries for the Government of South Georgia and the South Sandwich Islands once said: “The toothfish fishery is our main source of income. Without this fishery, which is MSC certified, we wouldn’t be able to afford the research, the surveillance and the control, and without that, there would be an environmental disaster.”

Hall was alluding to the well-known and relatively widespread problem of illegal, unregulated and unreported (known as IUU) fishing of Patagonian toothfish in some parts of the Southern Ocean, which has not only decimated the Patagonian toothfish population, but contributed to the death of thousands of seabirds. So how is this MSC-certified fishery different?

The South Georgia Patagonian toothfish fishery now has a surveillance system to help exclude unlicensed vessels from its waters. A strict vessel licensing system is enforced and no trans-shipment is allowed. Landing points are limited and are closely controlled. The catch position and weight of every box of fish caught is recorded in real time using tamper-proof satellite technology and on-board weighing scales. Catches are given a barcoded label to ensure illegal fish cannot enter the supply chain. This catch must be exported with the information required in the CCAMLR Catch Documentation Scheme.

To reduce bird bycatch, licenced vessels fish only in winter when birds are not breeding and have less pressure to feed, and only at night, when fewer birds are flying. As a result, the number of seabirds, including albatross accidentally caught and killed by the fishery has reduced to negligible levels. Dr Ben Sullivan, Coordinator, BirdLife Global Seabird Programme commented on this achievement stating: “This fishery operates among huge colonies of breeding albatrosses and petrels which are highly vulnerable to bycatch, so the reduction of seabird mortality to low levels has been a major achievement. It is a credit to the operators and managers of the fishery – and the incentive provided by MSC certification is critical to replicating this success”.

As a requirement of MSC certification, the South Georgia Patagonian toothfish fishery has also developed action plans for improvement, among them continued reductions in illegal fishing, improvements to the management of the ecosystems, and some new closed areas to protect the ocean floor.

The Falkland Island toothfish fishery was certified as sustainable in March 2014. Although IUU fishing was possibly an issue in the past, managers and assessment scientists have reported that there is no evidence of recent illegal activity. The Falkland Islands, and the zone where the fishery takes place lies outside the area covered by the CCAMLR, so they are not bound to comply with this Convention.  Nevertheless, key parts of CCAMLR are relevant to this fishery and are enforced by the Falkland Islands Government and the fishery client in order to promote sustainability and good governance. This includes compliance with the Catch Documentation Scheme and at-sea monitoring and reporting of vessel activity.

In 2004, the Falkland Islands Government implemented a National Plan for Action for Seabirds for longline fisheries which set out objectives and recommendations to reduce seabird bycatch. The fishery uses a variety of mitigation measures to prevent seabirds from getting caught or tangled in the longlines as they are set. The efforts of the government and the client fishery, along with local conservation organisations, has resulted in a decline in the number of seabird mortalities since 2002 (when monitoring began) and no mortalities at all since 2007.

Both of these fisheries are an example of how good fisheries management can reverse the trend of illegal fishing and high bycatch levels and replace it with a sustainable and well managed fishery.

These fisheries must now maintain these high standards of operation in order remain MSC certified.

Another positive point to this story is that much of these changes have been driven by the industry, working with the government. By achieving MSC certification, Patagonian toothfish fisheries can now sell their product with the blue MSC ecolabel. They are rewarded for their work protecting the environment every time a retailer, restaurant or consumer chooses to buy a product with the MSC ecolabel.

In total there are now six major toothfish fisheries – representing over 50% of world stocks – that are MSC certified. Like the above, the SARPC toothfish, Macquarie Island toothfish, Heard Island and McDonald Islands (HIMI) toothfish and the Ross Sea toothfish longline fisheries have also worked hard to eliminate IUU fishing.

I hope that today Prince Charles’ fears about the future of the Patagonian toothfish have been allayed.