When the Covid-19 pandemic shut down many of his traditional customers, Captain Zhang took to social media platform Tik Tok (Douyin in China) to reach seafood consumers. He spoke to the MSC about how many species that were commonplace in the East China Sea when he started out nearly 40 years ago are now difficult to find and why that has brought home the importance of sustainable practices. He also talks about his new-found celebrity on social media.

“My name is Zhang Dong, also known as Captain Zhang, and I was born and grew up in Zhoushan, a well-known global fishing ground located in eastern China, about 3 hours drive from Shanghai. I still live there with my family now. I loved eating fish when I was a little kid. Every cell in my body contains fish-eating genes.

I’m the third generation of my family in the seafood business and I started my career as a fisherman in the early 1980s.

It was a hard job being a fisherman then, there was no fixed work schedule and fishing work depended on the captain’s experience and the weather, which would determine where to fish and what species to catch. The Chinese lunar calendar would help us predict the change of weather, for example if it was going to be windy or rainy. Wooden trawlers were mostly used for fishing and there were few steel-made fishboats during that period. 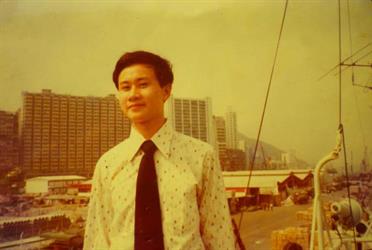 I can remember seafood species that were plentiful when I started work as a fisherman and generally the size was very big. For example, wild large yellow croaker (Larimichthys crocea) weighed on average over 1kg. Another species, brown croaker (Miichthys miiuy), could reach 1.5m in length. Once it was hooked we needed to use the hoist onboard to move the fish to the frozen area of the boat!”

From the 1970s, fishing equipment was upgraded and much improved, which significantly increased efficiency and we went from seasonal work to all year round. This saw a huge growth in fish production and an expansion of the market. Not only was there strong demand locally but those species were also traded overseas.

This led to severe overfishing and the amount of work plummeted dramatically before a fishing ban was put in place by the Chinese government. The fish species decreased significantly. For example, decades ago, the East China Sea had an abundance of wild large yellow croaker and fishers would beat drums and gongs while at sea to scare the fish so they could easily catch them as they swam to the surface. But today those fish can hardly be seen in the market and their price has soared. Zhoushan squid used to be very big but there are now few and are of a small size; many squid consumed in Zhoushan are imported ones. Zhoushan used to be one of the four global fishing grounds and now it faces the challenge of many fish species being near extinction. What used to be typical everyday seafood in the past has now become luxury product.

In 1993 I was employed as a foreign trade clerk in a fishery company and I was responsible for its export business. By chance I came across a good prawn species named “little red prawn”, it’s the coldwater prawn we know today. I wanted to introduce this pure natural seafood, wild caught and sustainable, for all Chinese consumers; thus, I established my own trade firm specialising in seafood imports. In 2004 I set up Shanghai New Fishport International. I have devoted almost 40 years to this industry and I believe all businesses need a long-term plan which can support sustainable development.

I am 57 years old this year and I really hope our next generation can still have tasty, healthy and safe seafood. But this requires our generation to act now and we’ll only achieve this with reliable organisations and industry partners.

Covid-19 has had a huge impact on our business. Our orders used to come from two kinds of clients, restaurants and hotels. Our orders from restaurants accounted for 60-70% but have dropped to barely 2% now. Orders from international cruise ships have totally stopped.

Ever since the coronavirus outbreak, Chinese consumers have stayed at home and ordered food products online. This has helped foster our online shopping habit. Web streaming has become a new way to introduce products to consumers with real images and details. We’d only just set up the e-commerce team this year because we believed this was a growing part of the market. Covid-19 has stimulated the pace of our online marketing and I now produce on average two-to-three video posts a week on social media site Douyin, or Tik Tok, as it is known elsewhere. My videos are a mixture of recipes and information about food to inform our consumers about our products and the importance of seafood. I have 1,300 followers and have had 3,300 “likes” on my posts. 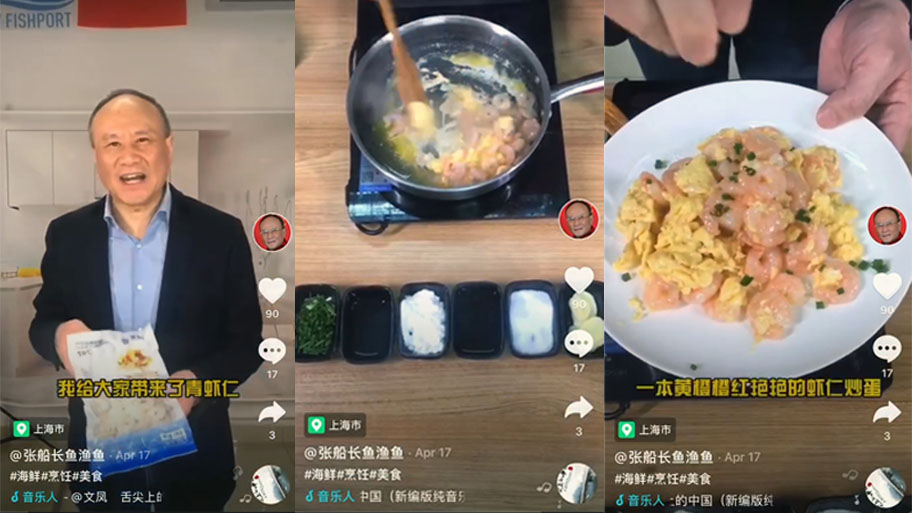 Although this is very challenging, it is an inevitable trend in the Chinese market. Online marketing is highly supported by the government. Live video streaming brought our products one step closer to consumers and cooking shows are a good way to communicate with them. We started introducing seafood dishes then adding more relevant information and finally hope to deliver sustainable seafood philosophy to our consumers.

We’ve introduced many MSC certified products that are popular with Chinese consumers, for example, Norwegian herring, Coldwater prawn, toothfish and cod. And we hope to bring more good quality sustainable seafood to them.”

This article is part of our Ocean Heroes series which looks at individuals and organisations who are keeping the sustainable seafood industry functioning and ensuring that seafood continues to be provided to consumers worldwide.