The impact of the Covid-19 pandemic on food supply has been well documented when it comes to humans, but it's also been affecting animals and wildlife.

In New Zealand, a wildlife hospital which treats native yellow-eyed penguins - among other animals - found itself perilously close to running out of fish to feed its patients.

“We were all sweating it. Our supply was running low and the place where we send our yellow-eyed penguins for rehab were down to their last box,” recounts Jordana Whyte, manager at The Wildlife Hospital Trust.


Seafood suppliers to the rescue

Step forward seafood firm Sealord who provided the hospital and a sister-organisation with a tonne of MSC certified Southern blue whiting, which in normal times would have been destined for the retail and food service sector.

Sealord, one of New Zealand’s largest seafood companies, has had its own challenges with coronavirus: “The COVID-19 pandemic is an unprecedented situation – and something Sealord has never faced, nor likely to face again in the immediate future,” says its Chief Operating Officer, Doug Paulin.

He’s modest about the donation: “Sealord was happy to help.” 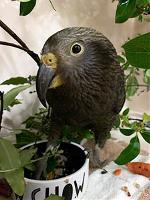 The Wildlife Hospital treats a variety of animals such as native birds, penguins, seals, and sea lions. It’s situated on the southeast coast of New Zealand’s South Island in the town of Dunedin: “If you go south from here, the next stop is Antarctica,” says Whyte.

The hospital is like any other: “We have wards, a surgery and recovery rooms, pretty much what you'd expect in any human hospital but on a much smaller scale.”

Its patients include some of New Zealand’s most endangered species, such as black billed gulls, keas - the world’s only Alpine parrot - and a Kereru, a type of native wood pigeon.

Their injuries can arise from natural causes such as storm damage but dog bites and attacks from predators introduced by humans are also common: “We have introduced stouts, weasels, possums and ferrets - they'll take them out pretty easily.”

Like a human hospital, its patients need feeding and the 40 yellow-eyed penguins in hospital or rehabilitation can get through a 25 kilogram box of whitefish per day.

The yellow-eyed penguin is known as “hoiho” in te reo, the Maori language, which means “noisy shouter”.

“They are generally pretty shy and elusive out in their native habitat and afraid of people. We all have scars from these penguins, they're not friendly even if they get slightly more relaxed when they're in the hospital,” says Whyte, before adding, “but they have different personalities and some of them are more charming than others.”

The hospital works closely with Penguin Place, a rehabilitation facility for penguins in the area: “They have a lot of yellow-eyed penguin habitat out there and they have been reinstating that habitat. They run a tourist operation and have this incredible system of tunnels so people can actually walk through the reserve and view the yellow penguins without them seeing anyone.” 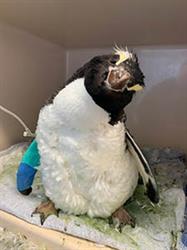 Most of the hoiho from the hospital are sent to Penguin Place before they are released into their natural habitat: “We help [Penguin Place] with advice and if a penguin comes into their care that needs veterinary care, it comes back to us. It’s a nice exchange. If one of us is running out of fish, we'll give the other a call and say’ ‘you got anything in the freezer?’"

But it was a near-empty freezer which resulted in the Sealord donation of 37 boxes of MSC certified Southern blue whiting.

The Hospital Trust was trying to source white fish which had become more difficult because the supply chain was not operating properly: “The truth is we weren't even asking for a donation we were just trying to locate the right kind of fish and Sealord actually just gave us the fish, which was incredible.”

But why did Sealord donate the fish when The Wildlife Hospital Trust was happy to pay for it? “First of all, who doesn't like penguins? I just think they had this stock and the sentiment that I heard from the Sealord staff was, "Oh, we're really happy to help the penguins, and it's just the right thing to do,’" replies Whyte.

Despite the pandemic, Sealord has managed to continue operations during the Covid-19 lockdown by taking strict measures, such as temperature checks, physical distancing across the site and strict guidelines when off-site to protect staff. However, changes to keep people safe have affected productivity – both on land and at sea.

The Hospital Trust isn’t the only beneficiary of Sealord’s generosity. It’s also provided 600 cases of product to Auckland City Council for food parcels to people in need; 1,000 tuna snack-it packs for front line medical staff organised by the Starship Foundation and 8 tonnes of crumbed hoki at below cost to Maori communities in need. 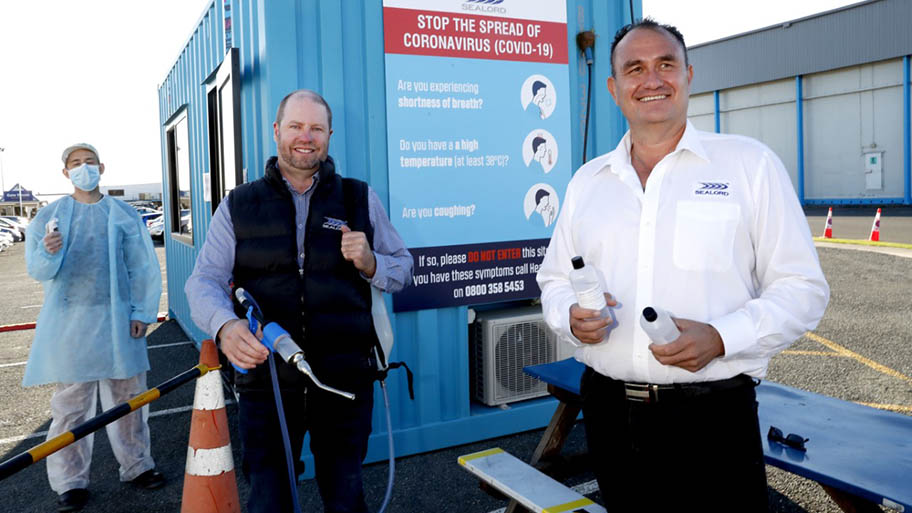 
This article is part of our Ocean Heroes series which looks at individuals and organisations who are keeping the sustainable seafood industry functioning and ensuring that seafood continues to be provided to consumers worldwide.