A Korean seaweed cooperative is the first certified sustainable producer of kelp and the high fibre hiziki, a staple in East Asian countries.

As seafood production and consumption grows around the world, a Korean cooperative has become the third producer to be certified as sustainable to the new ASC-MSC Seaweed Standard.

11 farms operated by the Wando Eco-Friendly Seafood Cooperative (WESC) have demonstrated commitment to responsible and sustainable seaweed production and have met requirements for minimising environmental and social impacts.

WESC is planning to supply ASC-MSC certified seaweed products to retailers in Europe and Taiwan. Products will also be available to consumers in Korean supermarkets such as Orga Whole Food and Lotte Department Store.

What are the products?

The cooperative produces two kinds of seaweed: kelp and hiziki.

Kelp is an important ingredient in Korean, Japanese and Chinese cuisine, and its consumption as food is growing in popularity around the world. It is also extremely versatile, with other uses including cosmetics, supplements and even bio-fuel.

Hiziki has been a traditional part of East Asian diets for centuries, and grows naturally in the waters around Korea, Japan and China. It is high in fibre and minerals such as iron, magnesium and calcium.

Kelp has been farmed in Wando since 1968 and Hiziki since 1980, and seaweed farming is one of the most popular industries in the area.

Aquaculture, especially seaweed, is an important element in Korea’s fisheries. In 2015, the Food and Agriculture Organisation of the United Nations (FAO) reported that Korean seaweed farming production accounted for 71 percent of the nation's total aquaculture production by quantity and was worth 20 percent of the industry's value - over $430 million USD.

Two of the three producers to achieve ASC-MSC certification so far are based in South Korea.

The standard for sustainable seaweed was set up in 2017. It is a joint venture between the ASC and MSC, reflecting that seaweed is both farmed and harvested in the wild.

Patricia Bianchi, ASC-MSC Seaweed Account Manager, said: “As the ASC-MSC Seaweed Standard is relatively new, it is so important that pioneering companies like WESC lead the way and demonstrate to others the great benefits of certification. This is a great achievement not just by WESC but by Wando County, which is an important seafood producer and has fully embraced responsible production in recent years.”

Woo Hyun-Kyu, Marketing Director of WESC, said: “After a lot of hard work, we are now very satisfied that we are following this global standard, which has encouraged us to think about our environmental impact and the true value of seaweed products. The market for responsible seafood is young and has a lot of potential, so it was well worth engaging with and demonstrating our good practices. We will continuously update our practices to maintain the certificate.” 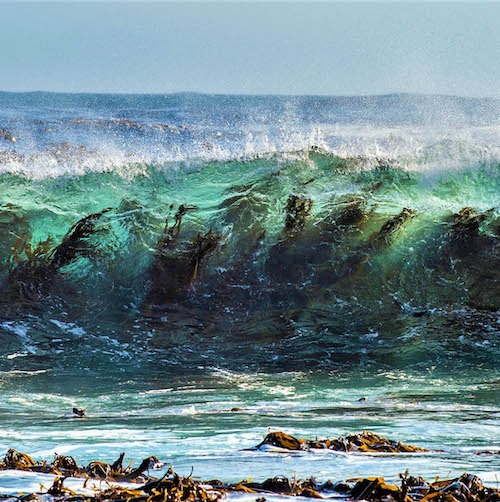 What is the point of seaweed?

Part of out Ask an Ocean Expert series, where MSC staff answer your questions about marine life.