Two MSC certified Australian prawn fisheries offer a world-class blueprint for how industry, academia, government and the community can pull in the same direction. 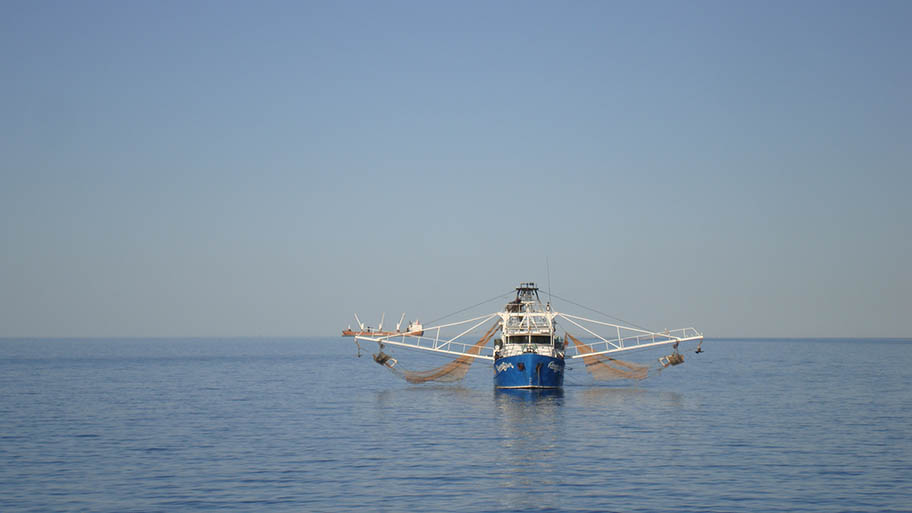 Prawns are revered in Australian culture and are a staple over the festive season when six million kilograms of the shellfish – some 40% of the country’s annual consumption – are eaten. But like a sizzling Aussie backyard BBQ, the heat is being turned up on how they are sustainably fished in the country’s waters.

“One in every two wild prawns over here comes from a certified fishery,” says Matt Watson, MSC Senior Fisheries Manager for Australia, New Zealand and South East Asia. “Not everyone realises that. It also means of course that we’ve got another 50 per cent to go.”

Changing consumer attitudes are placing a renewed scrutiny on fishing operations and Watson acknowledges the MSC has a role to play in challenging “misunderstandings around how fisheries operate”.

Two remote outposts on Western Australia’s pristine coastline are now offering a blueprint for how industry, academia, government and the community can pull in the same direction. Back in early December before the Christmas prawn rush, the Exmouth Gulf and Shark Bay prawn fisheries were recertified by the MSC. Both passed the v2.0 of the MSC Fisheries Standard with flying colours – the new global benchmark for sustainable fishing. 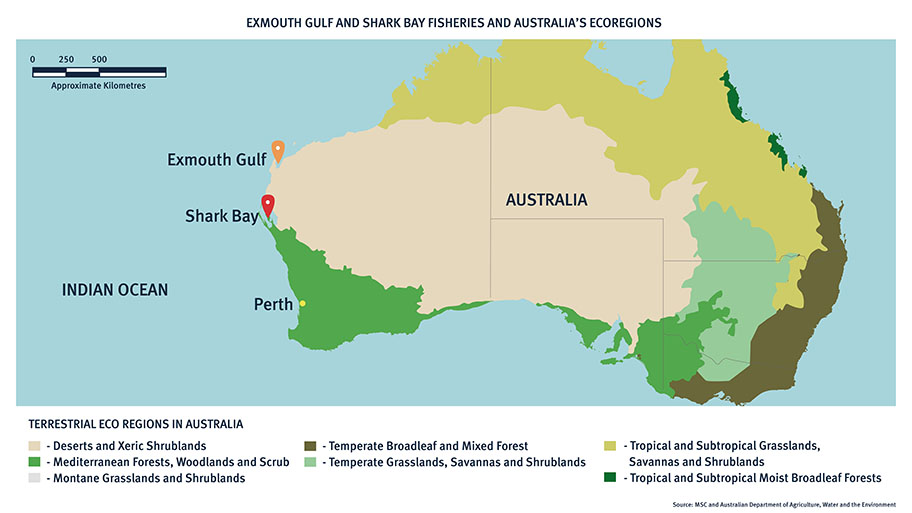 The fisheries had achieved their first certification in 2015 after taking up the Western Australian state government’s offer to submit themselves to an independent assessment against the MSC requirements. As a condition of the first certification, the two prawn fisheries had been given five years to implement environmental and policy-focused remedial action across 13 areas. These ranged from improving habitat mapping through to getting better information on the bycatch rates from each fishery.

For Watson, who supported the efforts of these two world-leading fisheries, recertification gave him a feeling of pride at the hard work the industry and fishery regulator had put in: “To come through with no outstanding conditions is such an accolade,” he declares. “These two fisheries alongside the fisheries regulator have done this through hard work and collaboration.”

Watson, who is currently based in Fremantle, WA, says the ownership of the issue has been a collective one. “The fisheries said: ‘This is a shared resource, let’s work on meeting the MSC’s best practice’.

“It has led to some really interesting relationships with stakeholders. Elsewhere in my time in fisheries, I’ve seen mistrust and sometimes a degree of hostility between regulators and the industry because they don’t always believe in approaching a challenge in the same way.

“There were gaps in knowledge and the fisheries asked themselves what they needed to do,” Watson adds. “This world-leading result is a testament to them.”

Exmouth Gulf and Shark Bay, which operate in the Gascoyne Bioregion, supply over 2,000 tonnes of tiger, king and endeavour prawns to the Australian and export markets each year. Both have been the beneficiaries of an enlightened approach from the Western Australian government.

In 2012 the state government offered their 50 fisheries the opportunity to draw down on AUS$14.5 million of funding to pursue MSC certification.

In doing so, the state government foresaw a unique value proposition for the fishing industry which could offer greater market opportunities as well as more discrete benefits. This included improving the social reputation of the fishing industry within the communities from which they operate.

In effect a social licence was created – a bond of trust between all stakeholders which took into account the feelings of the local community as well as regulatory approval. The wider aim of WA’s MSC strategy was also to lift environmental performance and the market value of fisheries by making their produce available to sustainably-minded consumers.

WAFIC, the industry body, and the regulator, the Western Australia Department of Primary Industries and Regional Development (DPIRD), instigated a collaborative approach to mirror the good environmental work being conducted beneath the waves.

In pursuit of continual improvement, both fisheries have committed to broaden their understanding of sustainable good practice.

Trawl fisheries can have higher impacts on the seabed and bycatch than other fishing methods. In response, some 30 per cent of Exmouth Gulf is closed to fishing while less than 50 per cent of the remaining area is open.

The MG Kailis Group is a family-owned firm which has been fishing wild prawns across a current permitted area of 1,070 square miles since 1963. “We want to touch the earth lighter today than we did yesterday,” says Alex Kailis, the company’s director of operations.

The Gulf is a vibrant marine hotspot teeming with wildlife including dugongs, humpback whales and turtles. The contrast between the azure blue waters and the red soils of the North West Cape is striking.

Prior to European settlement, the Yinikutira tribe were the traditional indigenous owners of the lands of the North West Cape. Just fifty years ago the Exmouth settlement consisted of a pastoral station at the end of a dirt road. Now there is a 2,500-strong community in situ with a consolidated fishing fleet that is constantly looking to improve its environmental footprint. Fishing operations such as innovative bycatch reduction devices are now the order of the day.

George Kailis, chair of the company, says: “Sustainability was always a priority but has expressed itself differently over the generations in our family’s case.

“Back in the 1960s we were concerned about small prawns and the seagrass beds in the east of Exmouth Gulf. Closed zones were put in there.

“In the 1970s it was too many fishing boats chasing too few prawns. By the 1980s it was understanding the prawn ecosystem better. As the generations pass by and we know more about Exmouth Gulf, the concerns change over time.”

Earlier this year Watson spoke at an Exmouth Gulf community forum. Some 60 passionate locals heard from operators of the fishery, DPIRD and the MSC on what makes a fishery sustainable.

“There were perhaps misperceptions at the start of the dialogue but the community were generally intrigued about what was going on in the fishery,” says Watson.

“There were questions around a few topical subjects such as overfishing, marine plastics and ghost gear. But as the presentations unfolded, you could feel the room relax. It was good to see industry get proactive and take the community through the science. The locals were appreciative at the end and learned a lot.”

The Shark Bay Prawn Fishery is a mere 225-mile clip down the road from Exmouth Gulf. The nearest settlement is the fishing town of Carnarvon with a population of 4,400. The surrounding marine coastal area, where the country’s vast wilderness meets the Indian Ocean, is deemed to be so diverse that it has designated World Heritage status.

The permitted trawl area within Inner Shark Bay is 2,340 square miles. Product is transported overland from the prawn fishery at Carnarvon to Perth, some 560 miles and a 10-hour drive south, and from there to destinations across Australia and around the world.

Felicity Horn, Executive Officer of Shark Bay Prawn Trawler Operators' Association, has fishing roots in her family. She says she hasn’t looked back since completing a science degree in fisheries management.

Why did they go for the MSC certification? “The guys decided they wanted to have some confidence that what they were doing was sustainable… making sure that their bycatch management was sufficient, making sure that they understood the habitat that they were working on, and also making information about the fishery far more transparent to people who actually want to find out about it.

“I don't think it's easy being a fisherman. It is such a highly regulated industry and the arrangements are really complex; they're away from home, their wife and their families. They fish at night, the weather’s bad and sometimes things go wrong. Despite that really difficult working environment, I'm proud of the fact that they continue to operate in a place like this and produce these incredible seafood for people to buy.”

As part of its approach, Shark Bay has turtle exclusion devices and fish escape hatches on nets as standard. If there is a catch-per-kilo rate dropoff, when the number of prawns caught per hour drop below a certain level, an area will be closed as the fishers will move around to the next zone keeping prawn stocks healthy for future seasons.

A programme was also introduced in which trawler crews took a course to better understand interactions with various species of sea snake. This involved learning how to handle them and safely put them back in the water.

This Crew Member Observer Program (CMOP) in conjunction with the University of Adelaide has increased understanding of sea snake populations in Shark Bay. In turn, this has led to better handling practices on board fishing vessels, reducing the number of sea snake deaths.

What was it like bringing together earnest academics and hard-bitten fishermen into one room? “They absolutely got on,” laughs Watson. “There’s an image of these crusty, salty sea dogs listening to academics intruding on their lifestyle. MSC brought potentially polarised ends of the spectrum together and the whole experience was incredibly rewarding.”

The fishermen are now using this information to inform good management decisions. Since 2014, reported interaction rates have improved and the survival rate has remained high at around 90% (up slightly from 88% in 2015).

In preparation for their reassessment, the Exmouth Gulf and Shark Bay fisheries also took part in a two-day technical workshop in Perth in 2018. Representatives from the fishing industry, regulators, and NGOs joined MSC facilitators to share best practice approaches around minimising environmental impact.

The final piece in Watson’s jigsaw, he says, is the “matchmaking role” the MSC provides by connecting fisheries with markets. In this case, opportunities in Spain and other parts of southern Europe have come about because of the NGO’s programme.

“We open doors and our stakeholders walk through them,” says Watson. “What we are doing is using market-based approaches to incentivise change on the water.”

The best way to understand the impact of the MSC program is through those involved. 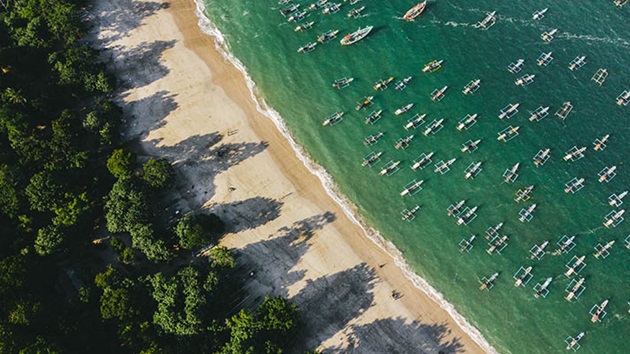