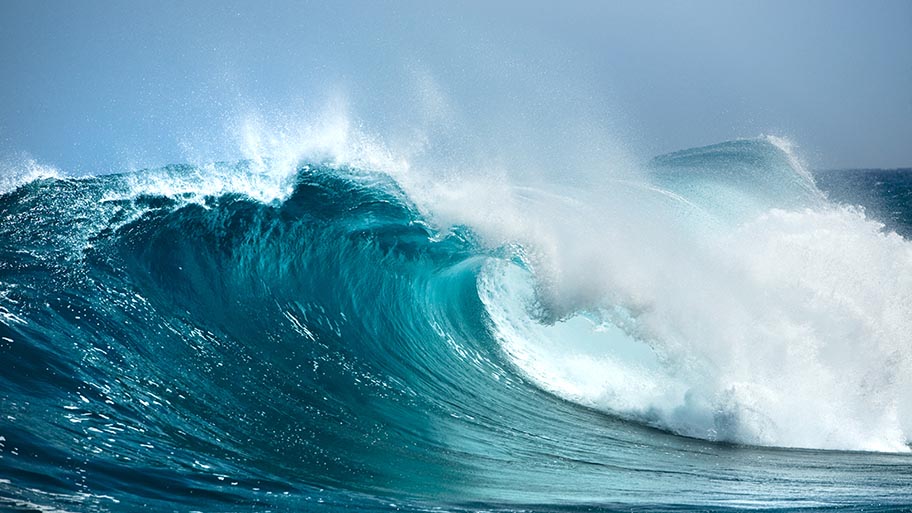 “The living world can’t operate without a healthy ocean, and neither can we”: the words of the great Sir David Attenborough sum up the challenge facing our Blue Planet and World Ocean Day provides us with an opportunity to remember its importance.

Covering more than 70% of the globe, the ocean is home to up to 10 million marine species and 83% of the global carbon cycle is circulated through the ocean with coastal ecosystems such as mangroves and salt marshes providing significant long-term carbon sinks in the form of blue carbon. Some 39 million people are directly employed through wild fishing, and more than 3 billion people rely on seafood as their primary source of protein.

But our marine ecosystems are under enormous pressure. Over a third of the world’s fish stocks are being fished to unsustainable levels and climate change is resulting in unprecedented changes to marine biodiversity. In the recent popular film Don’t Look Up politicians squabbled as a deadly comet hurtled to earth; when it comes to oceans, Don’t Look Down would be the utmost folly.

Against a backdrop of a global pandemic, the appalling Ukraine conflict and looming price shocks for families, it would be tempting to not look down. But independent research carried out for the MSC earlier this year, shows the public is more aware than ever – and more worried than ever – of the threat to our ocean.

In the largest global survey of its kind into attitudes towards seafood and ocean health, the majority of respondents across 23 countries were concerned about the state of the world's ocean, ranging from 97% in Portugal to 84% in China.

Interestingly, the survey also showed there has been a marked increase in those making the connection between ocean health and their own buying habits. Over two-thirds of the 20,000 seafood consumers surveyed believe their own choices could make a positive difference – up 8% compared to the previous survey in 2020. And almost three-quarters believe that people should only eat seafood from sustainable sources, also an increase of 8%.

These shifts across multiple markets, which together represent an enormous diversity of opinion and cultures, mark an important global recognition that individual buying choices can collectively have an enormous impact. Expanding the availability of sustainable seafood choices to consumers, is also a result of the work of many committed fisheries, retailers, supply chain businesses and NGOs over many years.

There are now 539 fisheries engaged in the MSC program of sustainable fishing, representing 19% of the world’s wild marine catch. These fisheries are some of the best-run in the world and are frequently at the forefront of innovation and best practice that protects the wider ocean environment. In West Greenland, for example, a halibut fishery enlisted the help of scientists to use deep-sea cameras to map the seabed, identifying vulnerable coral habitats to avoid when fishing; in South Africa, a hake fishery which uses brightly-coloured bird-scaring or “tori lines”, has drastically cut its albatross bycatch.

Of course, there remains much to do. Consumers and markets are powerful forces for change, rewarding fishers who are fishing our oceans sustainably. But given the scale of the challenge, it is also essential that governments play their part, to ensure more fisheries around the world are managed sustainably. The benefits of doing so are enormous: safeguarding marine ecosystems while producing healthy, low-carbon protein for the world’s growing population, is the ultimate ‘win-win’ for us and the planet.

Take a deep dive from the surface to the bottom of the sea and discover examples of how fishers are helping to protect our ocean and the life within it.