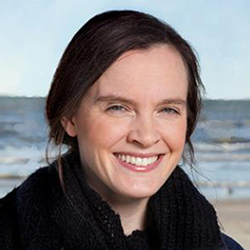 Mackerel: to fish or not to fish?

Mackerel. A beautifully iridescent and healthy fish boasting high levels of both omega-3 and -6 fatty acids, as well as providing a good source of protein and vitamin D.  We know it’s healthy, but is it sustainable?

Mackerel has bounced in and out of the MSC certification scheme since the first certificate in 2007. When the first fishery received its MSC certificate, it was hailed an international success story in sustainable fisheries management. However, climate and other related environmental fluctuations have brought about big changes in the geographic distribution of the mackerel fishery – considered one of the eight ‘big movers’ in ICES’ 2017 stock distribution report (see here for the ICES explanation to the report). It is therefore more vital than ever that the mackerel-fishing Coastal States impacted by these changes set mackerel quota for the region according to scientific advice, agreeing and allocating shares to ensure the long-term sustainability of the stock.

The rise in sea temperature may be one of the reasons for an expanding mackerel stock. For example, in the mid-2000s, mackerel started to appear in significant quantities off the coast of Iceland, eating young capelin. Iceland increased its mackerel catch to over 100,000 tonnes to reflect the increased presence in Icelandic waters. The Faroe Islands followed suit, placing increased pressure on the existing Coastal States agreement, which subsequently collapsed, unable to respond effectively in the face of such rapid change.

Herein lies the challenge: setting quotas in line with scientific advice and adopting management rules such as Harvest Control Rules (HCRs) are key components of achieving the MSC standard. But they are notoriously difficult to attain in international fisheries due to the complexity of multi-national agreements. Without a robust plan and a commitment to stick to it, fish stocks are subject to increased fishing pressure, particularly where stocks migrate over large distances, moving in and out of management zones under relatively rigid quota allocations. This type of fishing pressure – where nations allow fishing above scientific limits year on year – makes it difficult for fisheries to achieve and retain the rigorous MSC certification. The pressure should be felt not just on the industry, but the Coastal States responsible for setting and allocating quota shares.

The recent suspension of the mackerel certificate was a result of the stock dropping below healthy biological levels (known as MSYBtrigger), in combination with the lack of progress on agreeing well-defined HCRs, or an effective recovery plan.  These factors, combined with fishing pressure above the overall scientific limit, triggered an audit that resulted in the suspension of the mackerel MSC certificates.

Since the suspension of the certificates, ICES has conducted a benchmarking workshop which resulted in a revised stock model for mackerel in the North East Atlantic. As a result of this new model, ICES revised the estimate of the stock from 2.35 million metric tonnes to over 4 million tonnes.  This puts the fishery above the ‘MSYBtrigger‘ healthy level and will likely trigger a new wave of audits to examine the impact of the new model on the suspension.

Whatever transpires in the coming weeks and months, the fact remains that mackerel needs a long-term management strategy and needs it now. This is not just the responsibility of fishers, but also the relevant Coastal States who rely on the health of this fishery to contribute to local communities and their economies. Sustained success means a commitment to developing well-defined HCRs that deliver an effective management strategy for now and in the future. The challenge will be for the Coastal States involved to agree a plan of action, including ensuring future quota setting and allocation is in line with ICES’ scientific advice.

The future for NEA mackerel will very much depend on the actions taken by all those involved in the management of this fishery. It also depends on how the independent auditors incorporate the outcome of the recent benchmarking workshop. While the MSC remains independent to this process, we are advancing our knowledge on these complex fisheries through our Fishery Standard Review (FSR), which launched early in 2019. This large consultation includes a range of topics for consideration, including fisheries governance and ‘yo yo fisheries’ (also known as fluctuating fisheries).  We hope this timely review will help advance our knowledge on these issues through continued engagement and collaboration to improve and evolve the Standard.


These efforts, in combination with improved science and action at the Coastal State and fishery level, will help to ensure that mackerel is not just a healthy option for consumers, but a sustainable one too.