I love tuna. Fresh, tinned or frozen – bring it on. But is it just me or does anyone else feel a bit overwhelmed by the different species and cuts on offer when buying this deliciously versatile fish? What’s more, a voice at the back of my head wants to know if I’m making an environmentally sound choice.

If you’re eating tuna as a store-cupboard staple then there’s a good bet it’s skipjack. Often labelled 'Chunk Light' in America, it is not technically considered a ‘true’ member of the Thunnus tribe and upmarket chefs give it a wide berth. That said, its small, tender chunks are perfect for canning and its darker flaky meat has a distinct, strong fish flavour. This makes it a superb pop-top standby for everything from packed lunches and pasta dishes to quick salads and camping trips. Skipjack is the only one of these tunas not commonly eaten raw as sushi.

Try skipjack in cheesy tuna and spring onion melts, pan-fried tuna and parsley patties or in a creamy mayo and lemon based tuna sauce (tonnato) as a dip for raw or charred vegetables.

Provenance: It is typically caught in deeper waters, around 400m deep and is found in the Pacific, Indian and Atlantic Oceans, the Mediterranean and even in UK waters. Albacore represent just 5 per cent of the world’s tuna catch.

Deli favourite Albacore is a light-fleshed tuna increasingly found in attractively labelled jars and retro tins with extra virgin olive oil. It comes in larger chunks than skipjack, has a subtle, delicate flavour and drier, meaty texture. It is extremely popular in US grocery stores where it is known as both ‘white tuna’ and ‘chicken of the sea’ – the latter is an old fishermen’s term derived from its light appearance and mild flavour. Be warned: when you see a menu that offers ‘white tuna’ and not ‘albacore’ it could well be an inferior substitute for albacore such as oilfish, butterfish or escolar.

Albacore is commonly known as Bonito del Norte in Portugal and Spain where in the north it is served as tapa or ‘pintxo’ in stuffed piquillo peppers mixed with a little mayonnaise, finely diced onion and a generous squeeze of lemon juice. King of the cans is ‘Ventresca de Bonito’ – oil-rich belly fillets of albacore which have been carefully cooked in open cauldrons to yield a soft texture and a depth of flavour enhanced by the fish’s appetite for anchovies. The good news is it’s available in MSC certified tins in some supermarkets and stores. Due to its higher fat content than skipjack and the fact its meat holds together nicely, albacore is also sold as fresh and frozen steak. It is great, lightly grilled for a classic Salade Nicoise, on a crushed olive and fava bean crostini or in a Sicilian-style linguine dish with capers and raisins.

More than three quarters of the world’s tuna catch is consumed in Japan and the most widely served tuna in its 30,000 sushi bars is yellowfin. It is also the tuna most commonly served raw or cooked in European restaurants and the best-selling or most widely consumed MSC-certified tuna in the US. Ruddy coloured, leaner and more affordable than bigeye or bluefin, it appears on menus as sashimi and nigri or lightly seared in tekkamaki rolls.

Tuna tutorial: Tuna can earn one of four grades according to its freshness, size and shape, colour, texture and fat content. Grade No. 1 (‘sashimi-grade’ or ‘sushi grade’) is the best with visible marbled fat and the highest fat content. Grade No. 2+ is excellent quality, perhaps from smaller fish with a few imperfections. Grade No. 2 is ‘grill-grade’ mainly used cooked in restaurants and raw in some lower-end sushi bars. Grade 3 has already turned brown or greenish and is used for cooking.

Bigeye has fattier flesh than yellowfin with marbling near the skin and a more pronounced richer flavour. Bright red and firm it makes excellent sashimi and meaty steaks. It is one of the two species known as ‘ahi’, along with yellowfin. Try soy and sesame crusted bigeye with a ginger dressing, grilled spicy mango and bigeye skewers, or rapidly sear it in a griddle pan and serve with a lustrous caponata.

Bluefin is the kingpin of the tuna family renowned for fetching six-figure sums from exclusive restaurateurs at Tokyo's famous Tsukiji fish market. It has a history of severe overfishing, has been removed from most restaurant menus in North America and Europe and is only really found at high-end sushi restaurants. Thanks to international efforts, however, there are signs of recovery within one bluefin stock in the North East Atlantic, giving hope that the fate of this much valued fish can be turned around.

Whether you’re choosing fresh, frozen or tinned, buying sustainable tuna can be a tricky business. There are lots of labels out there competing for the consumer’s attention. Dolphin-safe labels, for example, focus only on the impact of fishing on dolphins and don’t take overall sustainability into account. The best way to significantly reduce exposure to risks such as overfishing, the problem of bycatch, mislabelling and illegal, unreported and unregulated fishing is to choose the distinctive blue label of MSC certified tuna. 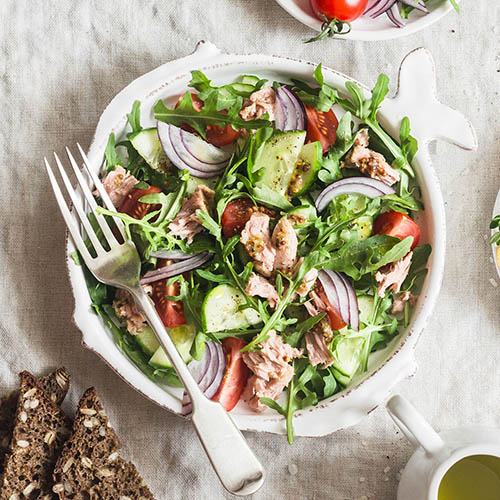 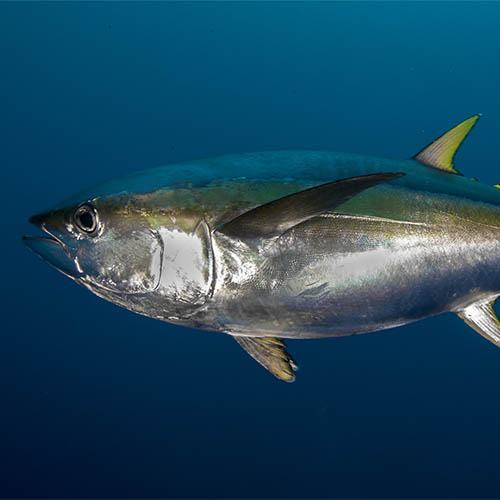 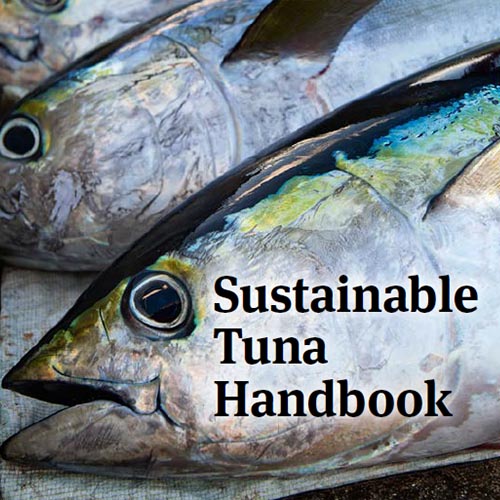