In a new peer-reviewed paper published in the journal Marine Policy, MSC researchers reviewed the mechanisms present to mitigate forced and child labour in marine fisheries, using data from every fishery certified to the MSC Fisheries Standard as at 2020.

We speak with co-author and MSC Head of Social Policy, Oluyemisi 'Yemi' Oloruntuyi, and delve into this complex subject.

Congratulations on the paper, Yemi. The MSC is an organisation known for fisheries and supply chain standards, so why a paper about labour laws?

Thank you. It was a recognition that there is increasing concern about labour yet there's not enough information on how the fishing sector is mitigating concerns. This research provides an opportunity to better understand how well-managed fisheries are looking at these issues.

In 2018 The MSC introduced requirements meaning all certified fisheries must respond to a survey, on the key measures they have in place to reduce the risk of forced and child labour, or lose their place in the program. What were those key measures?

Additionally, fisheries reported on whether and how requirements were set, implemented, and monitored for each of these.

Was compliance to those measures mandatory for MSC certified fisheries, and if not, what was the point in the requirement?

While there was no requirement for them to comply with a specified performance threshold - because MSC’s fisheries standard focusses on environmental issues and labour issues may be perceived as beyond our scope - there was an absolute requirement they complete their labour statement to remain in the program. It was introduced to initiate transparency around the measures, but its purpose was not assurance or to assess the fisheries’ performance regarding specific thresholds but a recognition that more information on practical measures is needed. The statements showed what MSC-Standard fisheries are doing (if anything), that was then made public.

It would seem the results are generally positive, and a high prevalence of fisheries are conforming to expectations. Where are fisheries performing well?

Research shows there is some correlation between illegal, unregulated or unreported (IUU) fishing and instances of forced labour – suggesting that fisheries with low enforcement of sustainability issues have low enforcement of labour conditions and conversely; better managed fisheries may correlate with better enforcement of labour conditions. Of course, the MSC can’t categorically say, without assurance and verification procedures, “Oh, yes, all our fisheries meet these requirements”, but the statements seem to indicate that well-managed fisheries are highly likely to have risk mitigating measures in place – but it doesn’t eliminate the risk.

And where are the gaps?

It’s important to note that even if there’s a gap, it does not necessarily mean a fishery’s workers are at risk. It’s complex because for various reasons some requirements may not always be universally applicable. For example, some countries’ laws may allow sixteen-year-olds to do light work with their families, because they’ve finished compulsory schooling. In another country the minimum legal age for such work may be fifteen but does that constitute child labour? It just shows that countries have decided on different minimum legal working ages.

Did you find other examples of regional law or common practice differing from international norms?

Yes, many. Issues can arise because of differing local laws, cultural sensitivities and values. It’s not black and white. For instance, the International Labour Organisation (ILO) Work in Fishing Convention C188 addresses minimum age, medical standards, work agreements, occupational safety & health, and social security for fish workers. Nations’ vessels who have ratified C188 would ordinarily be required to provide written contracts for their workers but then look at community-based fisheries like the Maldives Pole & Line fisheries where they only use verbal contracts. Nothing in writing. It’s established in tradition there and while using written contracts is best practice it does not mean anything transgressive is happening.

Some of the world’s biggest fishing nations have not ratified C188. Does that mean they aren’t taking responsibility for workers’ labour conditions?

Not necessarily. It doesn’t mean that they’re unconcerned or not acting. In Spain, there have been many efforts by stakeholders encouraging the government to ratify C188 and there are indications it will happen soon. The US has requirements, and probably many vessels respect those, but they haven’t ratified C188 because probably they must change things in their own legislation. But of course, there will be operators that use loopholes of differing international jurisdiction to avoid labour regulations, etc.

Take a certified fishery’s vessel from one country, fishing with permission in a second country’s waters but bearing the flag of a third country. Who would they answer to when it comes to labour requirements? Where does the buck stop?

According to the UN Convention of the Law of the Sea, responsibility lies with the vessel’s flag state. But as the paper illustrated, multiple actors take responsibility, depending on where the vessel is from, where it’s fishing, whose flag it bears and where products are marketed. Whether the fishery is operating within a country’s Exclusive Economic Zone (EEZ) or ‘high seas’ locations (outside a single nation’s jurisdiction) make a difference too. It’s yet another part of the challenge and brings us back to the need for more countries to ratify ILO C188 convention.

Is there an ideal solution then?

Well, I think if you were to ask activists or NGOs, it’s likely they’d want wider ratification to C188.

From the MSC’s perspective, and given the complicated nature of labour laws, we want to encourage more countries to set, implement and monitor for the measures because when it’s specified what countries should do, and more people do that, there’ll be more inspections, more assurance and therefore less egregious labour practices. The MSC is already sending a strong signal by withdrawing certification if fisheries are convicted of forced or child labour abuses.

So what’s the central message when it comes to mitigating forced and child labour in the fisheries sector?

It's the responsibility of governments, companies and NGOs. These actors complement each other, and all have responsibility in terms of setting, implementing and enforcing the requirements. Of course, government has the biggest role, government should be doing its job. And we recognise that industry and NGOs have been active, and should be encouraged, but there isn't one way. If there was one central thing, it would be that complementary requirements need to be set, implemented, and enforced.

More about our work 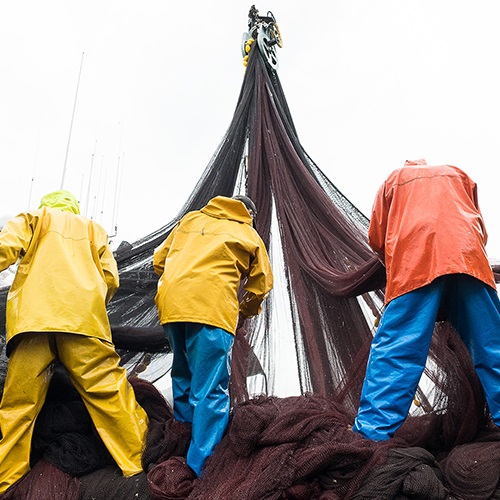 Our approach means everyone can play a part in that future while enjoying fish and seafood, not avoiding them. 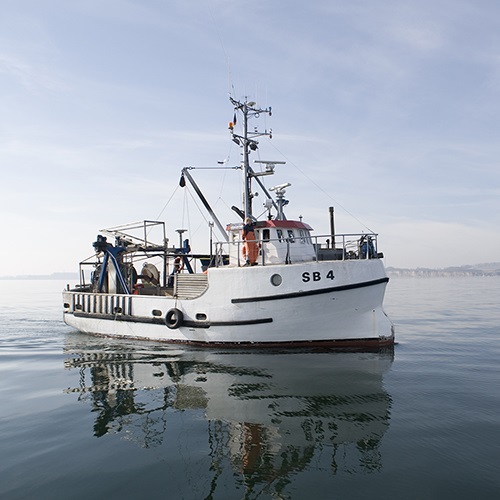 The collection of high-quality data on fishing activities, which has been recorded at sea, is a key part of effective fishery management. 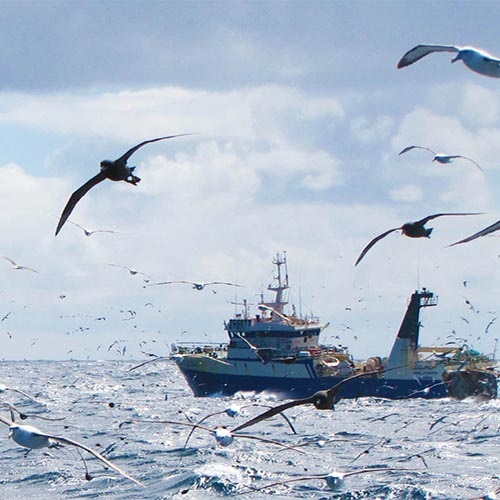 For over 20 years fisheries, scientists, consumers and industry have been part of a collective effort to make sure our oceans are fished sustainably.