Fish aggregating devices or FADs are a type of fishing gear used by many small-scale fisheries in Indonesia to attract tuna. The government recently introduced regulations around the use of FADs to ensure their widespread use is sustainable. But FADs are often deployed without proper monitoring in place. This makes it hard for fishers to follow the rules.

So how can fishers be encouraged to register FAD use? And what affordable methods can be used to help fishery managers track compliance with regulations?

Ahmad Catur Widyatmoko is a postgraduate researcher trying to answer these questions. With the support of an MSC Student Scholarship Grant in 2018, he entered a master’s program at the University of Basque Country in Spain. We spoke to Ahmad to learn more about what his research found and his promising future in fisheries science. 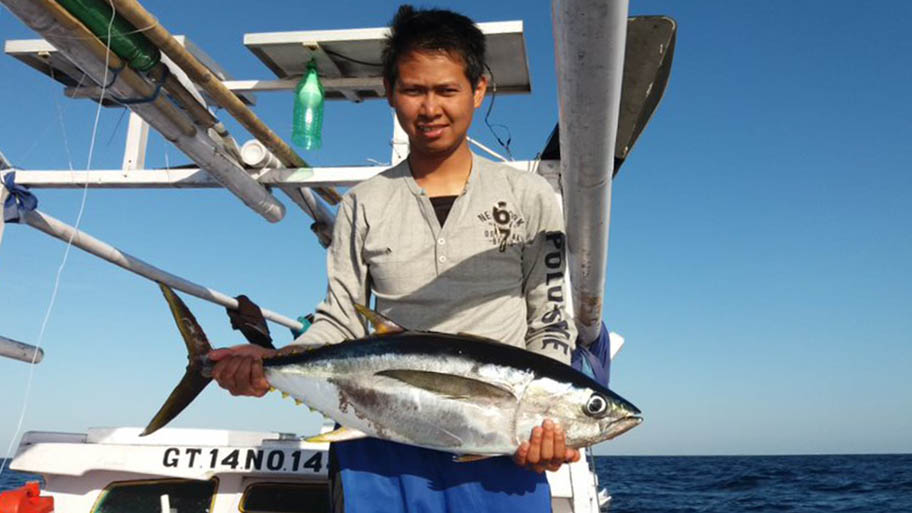 Why did you choose to study fisheries science?

Most of the 240 million living in Indonesia, where I grew up, live on the coast. The geography of the country – made up of more than 17,000 islands – demonstrates the importance of the ocean for food security and livelihoods. That’s why I want to help manage ocean resources, especially fish, in a sustainable way.

What did your project focus on?

My project tracked the use of anchored fish aggregating devices (FADs) - locally known as rumpon - in small-scale Indonesian fisheries. Although regulations are being implemented on FADs in the western Pacific Ocean, they remain largely undocumented. This makes it hard to understand whether the rules are being followed.

Around 90% of tuna fishers in Indonesia are small-scale or artisanal. They use FADs which are prone to attracting smaller fish that are not yet the correct landing size, so overfishing can quickly occur if it’s not regulated.

I wanted to find out whether we could detect the number and location of FADs and look for patterns in how they are used. I also investigated whether we could verify catch rates using vessel movement or FAD use data.

What exactly are fish aggregating devices?

A FAD is a structure used to attract fish, which often gather underneath floating objects in the sea. Sometimes these are allowed to drift in the ocean, but I investigated FADs anchored to the seabed.

In Indonesia the FAD is often made of coconut or palm leaves. Their aroma attracts schools of fish, which then gather around the devices. We think they do this is to find shelter, or to hunt other fish found there. The fishers then use fishing lines to catch fish from a canoe or small boat.

Fishers often keep the location of their FADs a secret, in case other fishers use them or vandalise them. Longline fishers can get their gear caught up in FADs, so will often destroy them if they come across them at sea. Some even have guards on nearby rafts to protect them and might be shared by a community to cover the cost.

Unfortunately, a lot of FADs are also set illegally.

Onboard during fieldwork © Ahmad Catur Widyatmoko

My Student Research Grant funded a 12-day trip on board a vessel from the Labuhan Lombok handline fishery. I really enjoyed engaging with real life fishers – and eating lots of fresh sushi!

I worked alongside local NGO, Masyarakat dan Perikanan Indonesia, who run a voluntary program with fisheries to provide vessel tracking and FAD use information.

In Indonesia, only vessels bigger than 30 Gross Tons (usually longer than 16 metres) are required to carry vessel monitoring systems. These devices are also not feasible for small-scale fisheries because of the cost and the lack of a power source on small boats.

Over the last two years the NGO has been providing fishers with SPOT Trace Trackers which rely on internal batteries or solar power to log the boats location. This was my main source of data for my research.

How will your research make fishing more sustainable?

A lot of the inshore fisheries are very small – they take only a few fish and are probably sustainable. But they could cause overfishing because FADs attract juvenile fish.

The Indonesian Ministry of Marine Affairs and Fisheries has implemented new regulations. These include no more than three FADs being deployed by one vessel at any one time. FADs must also be set 10 nautical miles apart. But this is impossible to do if fishers don’t know where other FADs are.

Ensuring the government and fishers know exactly where and what FADs have been deployed, will help fishers comply with the new regulations. This in turn will help prevent overfishing.

What did your research find?

We successfully identified 34 different fishing vessels visiting 48 different FADs between August 2016-January 2018. We were able to show that our method of using vessel tracking information provides a rapid and effective tool for identifying FADs.

We learnt that sharing FADs is common practice and could reduce the extent of FADs deployed. It could also make fishers more likely to provide location data.

We also showed that it's possible to get catch information from a simple analysis of FAD use patterns and trip length. Together, these findings provide a reliable predictor of the quality of a fishing trip. This means remote monitoring could be used to estimate the status of fish stocks from catch rates.

What’s next for you?

I’m currently studying for my PhD in Quantitative Marine Science at The University of Tasmania with the Commonwealth Scientific and Industrial Research Organisation (CSIRO) in Australia.

I’m investigating the potential use of electronic monitoring and artificial intelligence to understand the impact that lost FADs have on the ecosystem. I plan to use underwater drones to look at what species gather under the FADs. I will also be attaching GPS tags to track the movement of the FADs should they become dislodged and lost.

We also need a reliable low-cost method to collect catch data on FADs, to understand whether fishers are fishing sustainably.  I want to see if we can use electronic monitoring devices to see how many FADs fishers visit and what they take and will try to automate this process using machine learning.

Ahmad is currently working with the MSC certified North Buru and Maluku Fair Trade Fishing Association for his PhD, among others. 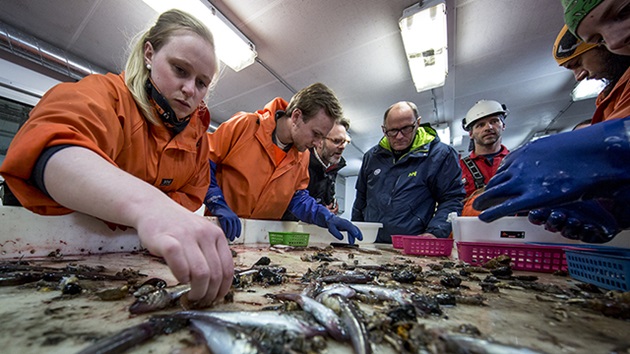 Read more about our Student Research Grants and apply