Sustainable seafood; because there is more to Christmas than turkey 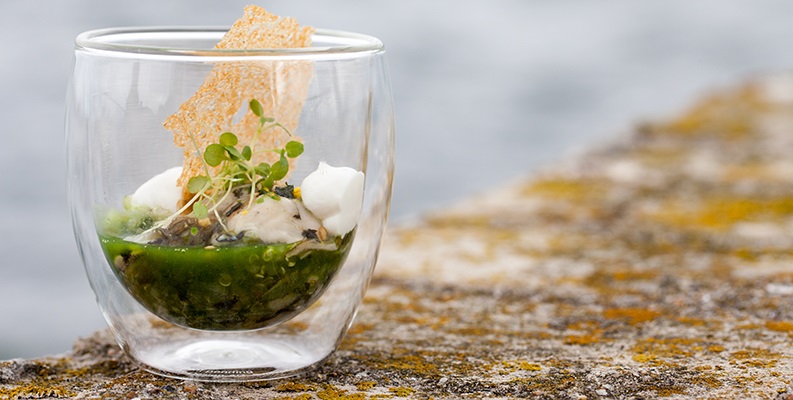 Joanna Jones, marine life lover and intern at the MSC, looks at seafood traditions across the globe.

The festive season is in full swing at the MSC London office, with computers submerged in tinsel and an array of Christmas jumpers making their seasonal appearance. Having always been passionate about marine life I recently joined the MSC as an intern to gain an insight into the world of an organisation promoting sustainability and working to safeguard fish stocks for future generations. Over the past few weeks I’ve learnt about the global importance of seafood, both as a vital source of protein and as a source of income for many families. However, food also plays another important role in many households and is central to many of life’s celebrations.

Seafood as a festive treat

With over two billion people in the world preparing to celebrate Christmas this year, I started thinking about whether seafood will feature on many plates this festive season. Coming from a family where seafood rarely makes an appearance, this is a topic in which I have little knowledge. So to begin my Christmas seafood quest I started to ask friends, colleagues and anyone that would listen about their Christmas food choices.

I started my search in Oceania and found out quite quickly that Australians love seafood at Christmas. A seasonal Australian highlight is the annual Sydney Fish Market Christmas seafood marathon, an extraordinary event where retailers remain open for 36 hours until late Christmas Eve. This year it is anticipating to sell over 700 tonnes of fresh seafood including 900,000 oysters and 200 tonnes of prawns.

Try this recipe for sustainable banana shrimp from our Australian office

The Feast of Seven Fishes and other European traditions

Europe is a major seafood consumer so it was no surprise when talking to my European friends that seafood is a popular choice at Christmas. In France, scallops served in a rich creamy sauce – also known as Coquilles St. Jacques – is a favourite entrée as well as fresh oysters and langoustine. For Italians, festive food varies from region to region with no overall favourite dish. However, one tradition celebrated mainly in the South by Italian Catholics is the ‘Feast of the Seven Fishes’. This longstanding tradition is celebrated on Christmas Eve with households abstaining from eating meat and instead cooking seven or more seafood orientated dishes. Favourites include baccalà (salted cod) often served in a tangy tomato sauce, as well as octopus salad and lobster risotto.

Codfish served with boiled potatoes is the preferred Christmas meal for many people in Portugal. In Sweden you can enjoy a traditional Christmas buffet known as julbord where seafood dishes include pickled herring, gravlax and lutfisk. If you’re in Iceland on December 23rd you are likely to find people eating fermented skate in celebration of the last day of Christmas fasting, a delicacy which has been known to divide public opinion due to its pungent smell.

There’s more to Christmas than turkey

So at the end of my investigation I have discovered that there is more to Christmas dinner than turkey and Brussel sprouts. If seafood is something which traditionally features on your festive menu or if this article has got you thinking about trying seafood for the first time this Christmas just remember to think sustainably and look for the MSC blue tick to make this Christmas a sustainable one for seafood.