The Northern Mexican Pacific red rock lobster fishery faces many obstacles to achieving sustainable status. Lack of information on stock levels and poor local enforcement against illegal fishing are two key issues. But – with help from their MSC certified southern neighbour and an NGO, the fishery could be on a path to sustainability. 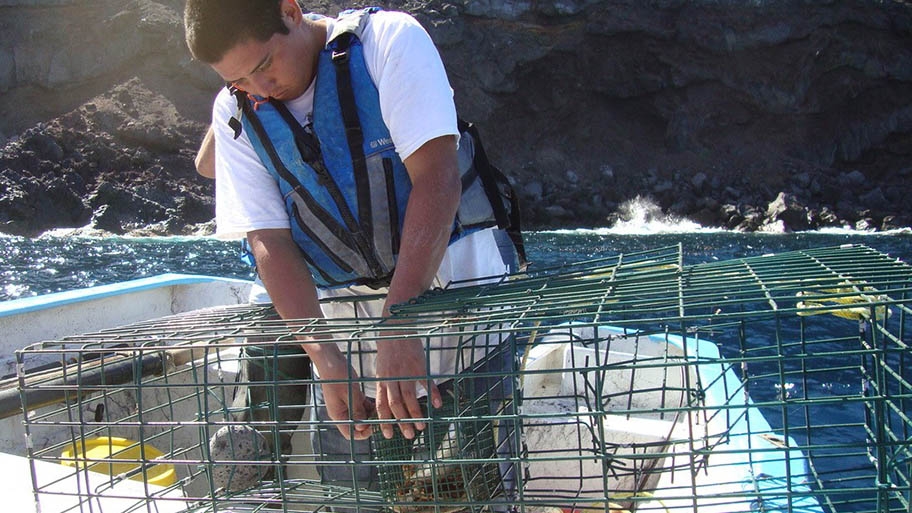 Every year tourists arrive to the pristine blue waters off the west coast of Baja California, Mexico, to spot iconic wildlife like the great white shark or grey whale. But for local fishers, the most highly prized species in the area is the Pacific red rock lobster.

Baja California is one of the most important hotspots for lobster fishing in Mexico and 68% of the country’s most famous crustaceans are caught here. The nutrient-rich California Current that travels down from Alaska, combined with the coast’s rocky habitat, creates the perfect conditions for lobster to breed and grow.

The red rock lobster fishery was initially used as subsistence for local fishers in the 1940s and 50s. After World War II, a rise in global demand for protein sources changed things. Now the fishery exports most of its lobsters alive, destined for Asian markets such as China. The red rock lobster is now seen as an expensive and rare treat in Mexico.

Southern stocks of the Pacific red rock lobster were certified to the MSC Fisheries Standard in 2004. This was the first small-scale fishery in the world to achieve MSC certification. The improvements they have made are helping to pave the way for the Northern fishery.

“The northern fishery has already taken on a lot of the improvements the Southern fishery had to implement to gain certification”, explains Pablo Álvarez Morales, fishery improvement project (FIP) coordinator for the non-governmental organisation, Pronatura Noroeste.

"Both fisheries traditionally used wooden lobster traps but now use a more sustainable wire trap incorporating biodegradable staples. The staples dissolve in the water within less than a year, allowing the structure to completely collapse if they get lost due to strong currents, or getting stuck in the rocky bottom. This stops "ghost fishing" from occurring.

They’ve also added panel doors to allow young lobsters to escape that aren’t legally allowed to be landed. They have to put back any mother lobsters found carrying eggs and boats must return to their traps within 72 hours - or one full tide cycle as the fishers traditionally used - to prevent bycatch.”

How much lobster can be safely caught per year?

As part of the MSC’s Fish for Good pathway project and verified through the In-Transition to MSC Program, the fishery has been pre-assessed to the MSC Fisheries Standard. The assessment showed it would pass, but only with the bare minimum scores. Being on the edge of entry level scores could be risky, so the fishery aims to improve their practices first, before entering a full assessment.

The fishery has high hopes of achieving MSC certification by 2024, and with their newly awarded Ocean Stewardship Fund grant, they are determined to overcome the barriers they face.

“One of the first things the fishery needs to do is a formal stock evaluation” explains Álvarez Morales. “We’re unsure whether it’s depleted or if they’re fishing at a sustainable level. We need to help develop a proper harvest strategy and train the fishers to log data more effectively. This pre-agreed framework [the harvest strategy] will mean fisheries management decisions can be made quickly, if stocks are found to be depleted”.

“Stronger data is not only important for stock status, but also in gaining confidence that illegal shark finning isn’t happening. We know that small sharks, sometimes caught as bycatch in the traps, wouldn’t be commercially viable for the shark fin trade. They also wouldn’t be as valuable to fishers as the lobsters, but it’s having the evidence and monitoring systems in place to prove this”.

A lack of long-term planning and ineffective governance has led to overexploitation of lobster stocks, loss of local biodiversity and increased economic stress for many fisheries in the region.

Clamping down on illegal fishing

Illegal fishing is also a problem, with some people landing lobsters from areas where they don’t have permits. It’s estimated that around 30-40% of all “legally” landed lobster in Mexico comes from illegal sources. However, the fishing cooperatives have exclusive fishing areas and good control over their members, so co-management is already working in the area.

Incentivising the Mexican government to take action against individuals is part of the work plan to ensure the problem is addressed by the right authorities. But in the past, pressure from government has led to civil unrest, demonstrating the socio-economic difficulties the country faces in improving the sustainability of its fisheries.

“Besides new data training, we’re also thinking about implementing devices that fishers can use for surveillance such as logging reports of illegal fishing” explains Álvarez Morales.

“This could be a phone or a tablet and could also help to record all sorts of data such as logging the release of sharks.”

Achieving sustainability for small-scale fisheries in some countries is difficult due to limited on-the-ground governance. Minimal enforcement of fisheries management and lack of incentives have cultivated a short-term vision for the use of natural resources.

“Overfishing creates a lose-lose situation for everyone” says Álvarez Morales. “The fishers lose income, the environment loses functionality and health, and consumers lose access to delicious and healthy food.”

By working together, neighbouring fisheries can create more productive stocks from which they can fish sustainably. This will enable all the lobster fishers of Baja California to reap the benefits of their local marine resource well into the future. 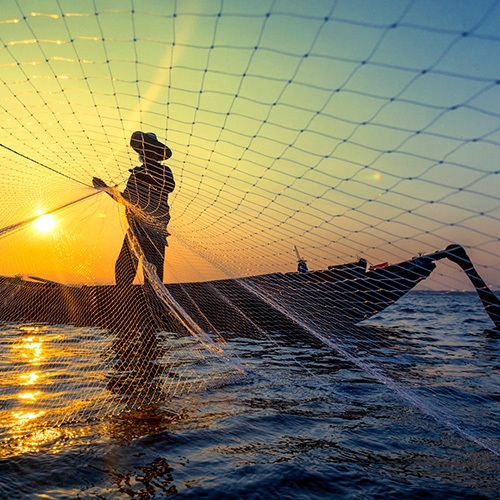 Our fund aims to grow the number of sustainable fisheries worldwide. Grants are available for fisheries at all stages on their path to sustainability.