PLOS One Journal’s correction to paper undermines French environmental NGO Bloom’s campaign against the MSC
The academic journal PLOS One has required authors to make changes to their paper in response to concerns raised by the Marine Stewardship Council.
The MSC contacted the journal shortly after it published ‘Small is beautiful, but large is certified’ in May 2020, raising concerns about whether the paper met the quality standards required for robust and credible peer-reviewed research.
The journal concluded that corrections were required following an "editorial assessment” of the concerns raised by the MSC. The amendments confirm that that there was no evidence of the MSC intentionally misleading the public through selective use of imagery.
Dr David Schley, Head of Science Communications for the MSC said: “We are pleased to see that the PLOS One journal has now issued a correction to the paper, ‘Small is beautiful, but large is certified’, following the concerns we raised. As we stated at the time of its publication, this study and the associated communications by the French NGO Bloom were deeply misleading. It was our strong view that the article did not meet the standards required for publication, and that the accusations made against us as a result were therefore wholly unfounded. These findings validate our position that the central accusation against us, in both the paper and Bloom’s subsequent advocacy campaign, was completely baseless."
As part of the correction, claims made in the conclusion are now framed as ‘opinion’ rather than ‘fact’. Furthermore, the paper now includes limitations of the study, for example that it simply looked at images and not the context in which they were presented nor what they were used to communicate.
The paper sought to compare the fisheries the MSC features in its promotional materials with those that have achieved MSC certification to see if there was a mismatch.
A number of the paper’s authors, linked to the French environmental NGO Bloom, used the article’s publication as a launchpad for an advocacy campaign against the MSC, targeting it as a ‘misleading’ label. The MSC is now asking that the study's funders, Bloom, correct any communications that suggest this paper supports their allegation that MSC seeks to mislead consumers through its use of images.
The MSC also had concerns about competing interests and funding concerns which were not sufficiently transparent, particularly about the interests involving Bloom: It was not originally disclosed in the publication that this organisation has a long-standing campaign against the MSC and, in particular, the certification of large-scale fisheries to the MSC Fisheries Standard.
Dr Schley added: “The fact that a correction was made also partially addresses our concerns that the paper did not meet the standards required of its publication. For example it is now highlighted that the affiliation of lead and senior authors with the French NGO Bloom could potentially influence their ability to conduct objective research about the MSC. It is vital that adequate standards are maintained in published papers, due to their key role in shaping policy decisions and public knowledge.”

Small-scale fisheries can face challenges in showing their sustainability and becoming certified. We want to make sure that all fisheries – regardless of size and location – can use the MSC Fisheries Standard and operate sustainably. 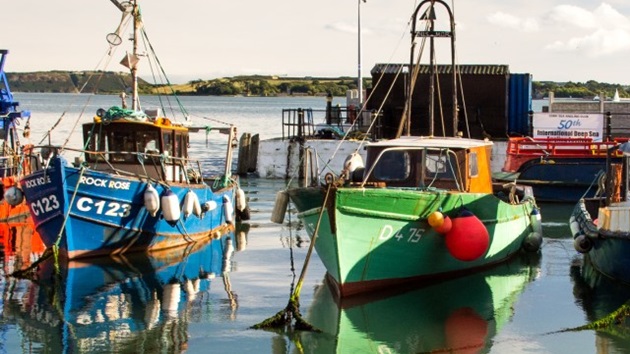