Handline tuna fishing in the Occidental Mindoro Strait and Gulf of Lagonov has existed for centuries. Based in one of the most productive fishing areas on the east coast of the Philippines, it is about to start a new tradition.

The Phillipine Tuna Hardline Partnership has become the first fishery in the country to achieve the MSC standard for sustainable fishing. The fishers believe that this will allow them to continue their traditional way of fishing, which has been used for centuries.

“MSC certification is about keeping the tradition of handline tuna fishing alive and promoting it as a responsible way of fishing. We want to ensure our fellow fishers will be able to catch fish for many years to come,” the fishers said.

More than an industry, fishing is a way of life

Their motivation isn’t surprising when fishing in the Philippines is more than an industry, it is a way of life. Many families have been involved in fishing for tuna for generations. 80% of Filipinos live in coastal municipalities and 85% of Filipino fishers are registered as small-scale fishers.

But for a small fishery of only 500 artisanal fishing boats, some only big enough for one fisher, the route to certification wasn’t straightforward. “The process of achieving the MSC Standard was a challenge for us since we’re small-scale fishers and the MSC Standard is tailored for data-rich and tightly regulated fisheries,” they said.

To guide them through this rigorous process, the PTHP has been supported by the WWF-Philippines Yellowfin Tuna Fishery Improvement Project (FIP) since 2011. A multi-stakeholder venture, the FIP has not only been assisted by WWF national offices in Germany, Switzerland, the Netherlands and the United Kingdom, but has received support from the German Development Bank and the Federal Ministry for Economic Cooperation and Development.

Ten years of research and improvement

As a result, over the past decade, the fishery’s management processes have been improved to ensure the long-term sustainability of fish stocks, minimal environmental impacts and the ongoing health and diversity of the marine ecosystem. Improvements to the fishery’s information system, data collection and vessel registration systems were also key to achieving certification.

“At the onset, both the fishers and the exporters who make up our client group had very limited understanding of sustainability, but this started to improve as the FIP was rolled out. Throughout the ten year journey, everyone participating in the FIP was made aware of what they needed to do to uplift our livelihoods and protect our fisheries,” the fishers said.

Now as well as helping to safeguard fish stocks and the marine environment, MSC certification means that tuna from the fishery can now be sold with the blue MSC label, creating new market opportunities for artisanal fishers. 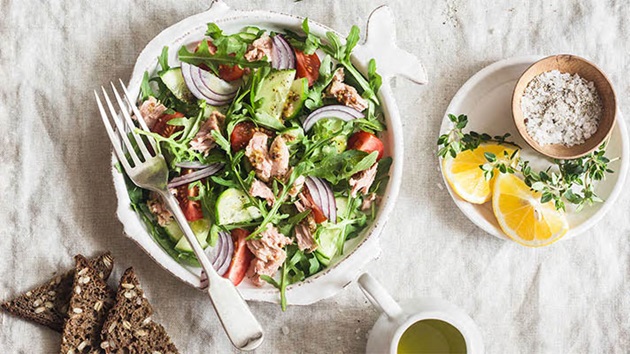 Visit our tuna hub for more info, recipes and stories.