Fish and chips: A Platinum dish

With the first shop thought to have opened in 1863 in Lancashire, we Brits know how to do fish and chips. We love them so much, we even have a national day celebrating the dish. And it's always a favourite on a Fish Friday!

In the lead-up to World Ocean Day on 8 June, we’re celebrating this beloved national dish – and it’s more important than ever to make sure that fish is caught sustainably, ensuring future generations can have the same traditions. 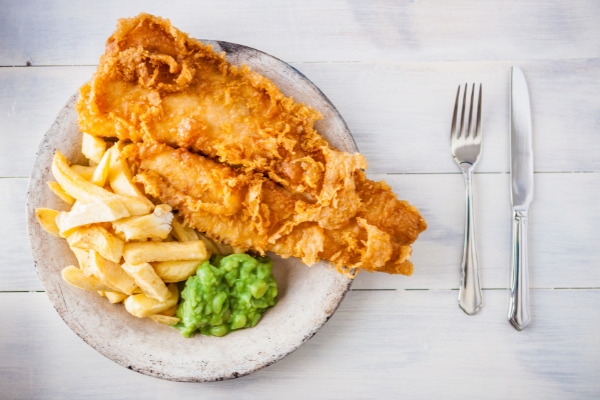 History of the chippy tea

You might have heard of the old phrase ‘Today’s news is tomorrow’s fish and chips papers!’

In the 19th and 20th centuries, fish and chips were popular among factory and mill workers, who relied on it as a thrifty and sustaining meal, devouring it from old newspapers, which sellers used as cheap wrappers.

While we often think fondly of it as having roots in the UK, the tradition of frying fish was brought over from Portugal by Jewish refugees in the 16th century. They sold it on London streets from trays hung around their necks. 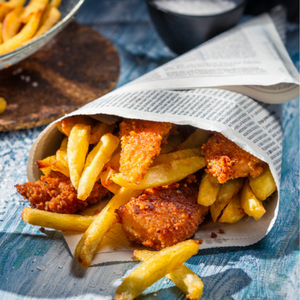 The delicacy took hold in Victorian London and was soon united with the humble fried potato when the first fish and chip shops were born in the 1860s in the capital and some Northern cities.

By 1935, there were some 35,000 fish and chips shops across the UK. During WW2, the government even ensured that it was the only food never rationed to boost the nation’s morale. According to legend, British soldiers storming Normandy beaches on D-Day identified each other by shouting ‘fish!’ and responding ‘chips!’

Today, the delicacy remains the Nation’s ultimate comfort food. There are over 10,000 chippies around the country, still serving up our golden Friday night favourite.

Our Top Tips for cooking

The elements of a fish and chip dish are hotly debated all over the UK and Ireland. But want to know what the experts suggest?

Oil should be 170 degrees Celsius and stay at that temperature throughout frying for crispy batter and perfectly cooked fish. It’s best to use grapeseed oil as it has a high burn point.

2. Add a dash of sparkling water

Weird, we know. But trust us, adding in a cup of cold sparkling water to your batter mix makes it perfectly light and airy

What’s the secret to the perfect chip, we hear you ask? A fluffy potato. Be sure to use Maris Piper or King Edwards for the best crispy, moreish homemade chips.

A twist on the traditional

For a twist on the classic batter, check out James Strawbridge’s seaweed batter from his Cornish Hake Tacos recipe made with MSC certified Cornish hake. 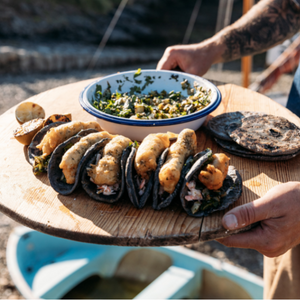 For the seaweed battered Hake

• 750g MSC Cornish Hake, skin on
• 75g plain flour, extra for dusting the Hake goujons
• 75g cornflour
• 1 tsp baking powder
• 1 tsp dried seaweed
• 200ml Cornish beer
• 1 litre vegetable oil, for frying
Or why not try cooking up a storm at home over the long weekend with a healthy twist on a classic recipe from Dr Hazel Wallace, aka @thefoodmedic? Find her recipe here.

White fish like cod, haddock and pollock are Britain’s go-to species when it comes to fish and chips. But, over the years, overfishing has put a strain on their stocks.

By choosing fish with the blue MSC ecolabel on it, you can be sure that it has come from a well-managed, sustainable fishery that cares about the health of our oceans.

Whether you’re heading off to the seaside, or stay-cation-ing this Jubilee Bank Holiday Weekend, when you buy fish and chips with the blue MSC ecolabel on it, you can be sure it was caught sustainably, so you can enjoy your meal while ensuring there is seafood for future generations.

Find out where you can buy sustainable fish when rustling it up at home.